How Freddie Mercury changed the world in life and in death 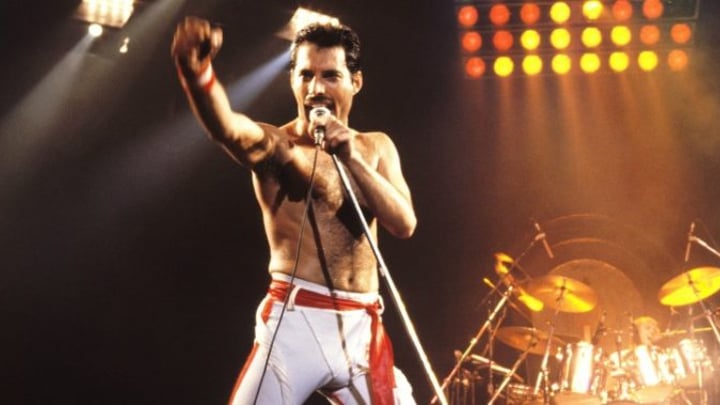 Today was the day we lost one of the greatest rock legends of all time .

Freddy Mercury, the powerhouse singer who was adored by millions, died on November 24 in 1991, his death raising awareness of the AIDS epidemic that was sweeping the world.

Mercury was the animated frontman of Queen, a band that revolutionised the music world with songs like Crazy Little Thing Called Love, Another One Bites The Dust, Now I’m Here, We Will Rock You, Killer Queen, Don’t Stop Me Now, Somebody To Love and of course Bohemian Rhapsody.

Queen’s popular mix of glam-rock, opera, cabaret, and hard rock cemented its spot in music history, while Mercury’s onstage presence was the stuff of legends and his dedication to the craft vibrant until the very end. This is why it came as such a shock when Mercury revealed to the world that he was suffering from HIV/Aids, just one day before he died.

Even after his death at the age of 45, Mercury had enough pre-recorded material to bring out another album beyond the grave. Since then, many artists have been highly influenced by Queen, from Lady Gaga and Nivana.

And his Queen bandmates went on to rise millions of dollars for Aids research in Mercury’s memory, helping change the disease into something that wasn’t hush-hush but commonly discussed.

Did you rock out to ‘We Will Rock You’ or admire  ‘A Night At The Opera’? Did you ever attend a Queen concert? Let us know in the comments below!