Super Soups Not Such Ancient History 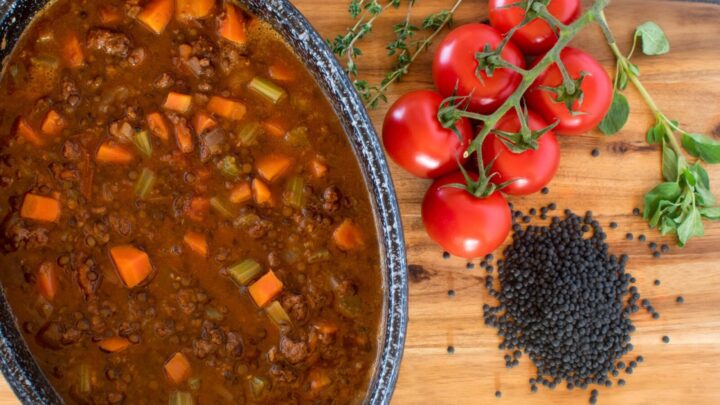 Soup isn’t the sexiest of subjects in the world, is it? And no one’s going to find themselves quivering in anticipation because of some boiling water with vegetables. No one that is, except for Danny the Osteopath.

I love soup. My friends and family might consider it to be bordering on obsessive. Forty-odd years ago, after a particularly delectable chicken soup my mother made, I really embarked on what can only be called a fully-fledged, uninhibited love affair that led to me researching and discovering some of the most remarkable soups our planet has to offer!

The art of ancient soup has long been at the forefront of healthy eating to sustain health, improve wellbeing, and bring families and communities together. Think back to a time of cosy kitchens and stories told by the hearth as the pot was stirred. A time of warm people, their journeys, and the vivid gardens that fed this delicious food.

There’s a purity and undeniable nutrition from the actual ingredients and something else much bigger than what is slopping around the bowl. Why else would soup have become the go-to for grans and mums of the planet, over in times of teenage angst? For large families looking to provide sustenance to their growing brood. Why is soup the go-to delivery for a neighbour in crisis? Why is soup the go-to for illness, from chicken noodle soup while recovering from gastro to a beautiful Asian pho when the flu hits? Most intriguing of all, why has soup become synonymous with tradition and ritual throughout so much of history?

Think back to the witches of Macbeth, to the medicine men of Native America, to nursery rhymes and ‘double, double, toil and trouble’, and morality fables. Then there are the best-selling books that ‘feed the soul’, the marking of the beginning of Christmas and the go-to when there’s not much left in the fridge and pantry. There is something primeval, almost magical, about a boiling cauldron of soup, rich with vegetables, herbs, and meats on the bone.

And here’s the reason why. There is something more than just the romance of the brew. It’s actually a physical response from our bodies because frankly, soup is super good for you. Soup is a one-pot wonder, it soothes because it’s warm and brings blood to the surface; it takes the pressure off the digestive system because it’s cooked; it offers nourishment in an uncomplicated way.

I had the remarkable experience of putting my Crohn’s disease into remission and I am convinced soup had a big role to play in that. Looking for something to relieve the symptoms of the disease I went on a quest to retrieve age-old recipes for healing soups. I became convinced that soup can be used as a first line of defense for our health and, using myself as a guinea pig, found remarkable evidence to support this line of thinking. I looked to the wisdom of ancient cultures, looking to revive the lost art and science of food as medicine. One soup I found was the African Pepper soup.

The active ingredient is hot red peppers with the active compound capsaicin. This is what gives it that unique sting. Capsaicin ointments have been found to relieve the pain of arthritis and shingles when applied externally, and when taken internally, capsaicin triggers the release of endorphins in the brain, which has a pain-relieving effect like that of morphine.

The health-promoting properties of this plant are not confined to its pain-relieving properties. A single pepper has been found to contain a full day’s supply of beta carotene and nearly twice the recommended daily allowance for vitamin C, which makes the chili an invaluable food in the fight against cancer and heart disease. Chilies may also help in weight loss by speeding up the metabolism. After eating hot peppers people tend to perspire, this is a sign that their metabolism is increasing, and that food will be dealt with more efficiently. The benefits are plentiful and include:

Sounds good, right? Pepper Soup is especially popular in the English-speaking countries of Western Africa including Ghana, Liberia, Sierra Leone, and Nigeria and it doesn’t have any more pepper than many other African soups. The soup is usually made with goat meat, but can also be made with beef, chicken, or mutton. There are many ways this soup can be seasoned and you can get “Peppersoup cubes” in specialty stores. However, it’s so easy to make and I encourage you to give it a go and see the health benefits for yourself. If you try it, like it, and notice a difference let me know! Til then, here’s my failsafe recipe.

PS: One fascinating fact about Capsicum frutescens is that in Mexico, where people eat hot chilies as part of their regular diet, their bodies get thoroughly saturated with capsaicin. It is said that if a Mexican happens to die out on the prairies, the vultures will not touch the body because the flesh is too spicy for their taste.