‘Safer at home: Older Australians should be in charge of their own lives’ 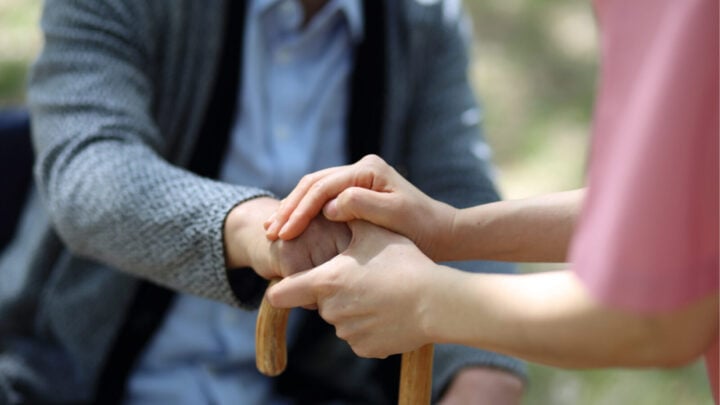 The problems in Australia’s aged care system are eventually getting the attention they deserve in Australia. Whilst the pandemic has triggered the crisis point for many, as we’ve seen in the Royal Commission and for decades before, too many Older Australians in institutions have been abused, neglected, and mistreated. Not one single early, unnecessary death should be forgotten, nor the pain, misery and grief that accompanied them.

I’m glad to see the energy and commitment being put into fixing the residential care system, but (and I hate to add the but), I think some of the focus is misplaced. When I see some of the commentary, I feel that I need to remind everyone that older people are adults and should be in charge of their own lives. As people age we may need extra assistance due to health or disability, but we don’t usually put people in institutions for being ill or having a disability – we stopped doing that some time ago, except that we still put older people away in nursing homes.

A first principle of any and every solution to our aged care crisis should be to respect and empower older people. We are adults. We don’t lock people up for not being able to change a lightbulb or remember where they lost their keys, so why do we lock older people in a home because they can’t change a light bulb or find their keys?

Today, over 100,000 older Australians are on the waiting list for home care support. Each year, around 19,000 of those are forced to go into nursing homes. They don’t want to. They don’t need to. But the funding system forces them to. More than 10,000 more die waiting!

Whilst there are some great operators running great nursing homes, it’s not consistent, and many older people are fearful of what will happen if they are forced into it. They’ve seen what happens to others. I recently heard the story of David from Tasmania who has told his daughter, “When I know I am getting close to no longer being able to look after myself I will wander off into the bush.” As horrific as this sentiment is, it’s not unusual, or unfounded – rates of older male suicide are well documented.

The system of forcing people into residential aged care facilities is dehumanising and disrespectful to older people, and traumatising to families who are forced to put their parents there. Whilst campaigns to improve standards in residential aged care are important, we cannot lose sight of the fact most older Australians who do not need or want to go into a nursing home are being forced in there. Indeed, we estimate 50,000 older Australians in nursing homes today wouldn’t be there if they had access to the right levels of care at home.

There is a better option. Supporting people to age in place, in their own homes, provides the help people want, where they want it, and how they need it. Often, it’s also cheaper for taxpayers than the current nursing home arrangements. And as COVID has shown, when it comes to infections, older people are Safer at Home. So that’s what COTA Australia is campaigning for. Older people must have the right to stay Safer at Home.

Ian Yates AM is Chief Executive of COTA Australia, which is running the Safer at Home Campaign to ensure every Older Australian can get the help they need within 30 days.

What are your thoughts? Do you agree with Ian?