Over-60s and the budget: The pros and the potential pitfalls to avoid 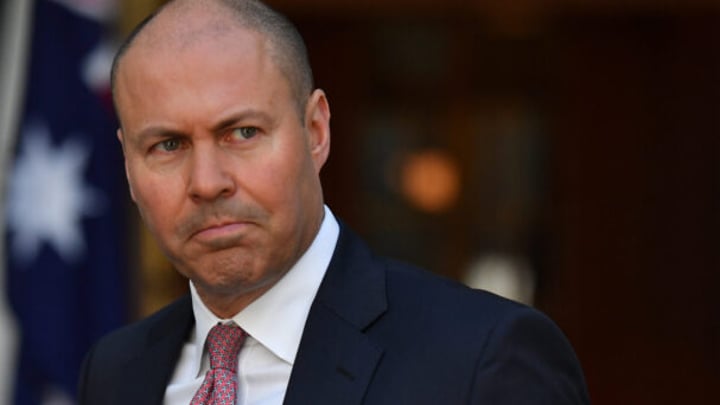 The treasurer unveiled the budget on Tuesday night. Source: Getty

This year’s federal budget has been squarely targeted at the pending federal election. In fact, there’s a good chance the bookies are bringing in the odds on a pre-Christmas election, assuming the Covid-19 vaccine roll-out proceeds as planned.

As it stands, the last probable date for a federal election is in May 2022 but state elections and the silly season means October or November is looking more likely.

The market’s reaction to the measures announced in the budget has been overwhelmed by short-term concerns and movements from overseas. As I write this, Australian shares have opened down 19 points or -0.25 percent. That’s after a decline of 1.1 percent yesterday.

On one hand, the budget expenditure is sure to fuel the economic recovery after the Covid-19-inspired recession. That will see many businesses benefit from the investments in infrastructure, construction etc. It will also see unemployment continue to fall.

On the other hand, the spectre of rising inflation is already a concern that is gaining traction overseas. Rising inflation ultimately leads to an increase in interest rates and while that might be good news for long-suffering bank deposit investors, imagine what a rise in interest rates would do to those who have just borrowed big sums of money to get into the property market?

We will just have to wait to see what happens.

In the meantime, we have extricated the key bits that are likely to affect you more directly than some of the other headline announcements; $10 billion here and there means nothing, but an extra $17.60 a fortnight for a family can make a difference !

Tax rates remain unchanged, with the low- and middle-income tax offset staying in place. Don’t get sucked in by headlines implying this is a new tax cut. It isn’t. Originally, this offset was a temporary measure that was to end on July 1. Now it will continue.  It is as simple as that.

The bottom line of all these offsets and credits is this:

The downsizing-to-super scheme has been in operation for some time and the reduction in the eligibility age to 60 from 65 years of age was leaked well before budget night.

This contribution does not count towards any contribution caps so won’t mess up any other tax or related strategies surrounding super. In essence, a couple aged over 60 could contribute more than $1.2 million to super in a single year.

The downsizing proceeds you contribute to your upper fund must be from the sale of your primary, capital gains tax-exempt dwelling (that is, your home) and the contribution must be made within 90 days of settlement. You must have lived in the home for 10 years to be eligible. Each member of a couple is eligible so, in theory, a couple could inject up to $600,000.

Of course, the super funds will be delighted with this broadening of the downsizing-to-super scheme. On a typical super fund charging fees of 1 percent per annum, a $300,000 contribution translates to fees of $3,000 per year. And yes, that includes some ‘low cost’ industry funds!

But there’s a nasty sting to this. People eligible or already in receipt of an Age Pension need to be very careful.

The super downsizer moves your wealth from a Centrelink-exempt asset (the family home), to a Centrelink-assessed asset (super). Under the means test system, every $100,000 into super this way could see you lose $300 of pension per fortnight.  That means an already asset-tested couple making full use of the scheme would lose their Age Pension altogether.

Some might argue that getting sucked into the hype of the super-downsizer rule is an effective, if not sneaky, way of getting people to use their family home to fund their own retirement.

The work test for over-67s

The removal of this test makes perfect sense as compliance with the existing work-test rules was questionable in any case.

The work-test was required for anyone over 67 years of age who wanted to make a contribution to super, other than as a super down-sizer.

I was never aware of anyone being asked to prove they had worked the required 40 hours in a consecutive 30-day period in order to make the contribution once they had reached 67 years of age!

Remember though, once you reach 75 years of age, the only way you can contribute to super is to use the super-downsizer scheme described above.

The super guarantee – mandatory contributions paid by an employer – will now apply from the first dollar earned instead of the previous $450 per calendar month threshold. In essence, part-time workers (many of them women) will be entitled to compulsory super for the first time.

There was a fleeting expectation that the rumblings from back-benchers may have seen the already legislated compulsory super increases put on hold. If there was to be a change, it would have been announced in the budget. Not so, meaning that from July 1 this year, compulsory super rises from 9.5 percent to 10 percent of pre-tax, ordinary time earnings with a steady 0.5 percent per annum increase over the next four years. That’s until it hits 12 percent per annum by 2025.

There’s a twist to this tale too, though.

If you’re an employee who’s paid via a ‘total remuneration package’ method, the increase in super will see you with less take-home pay. Some employment contracts provide a gross sum which includes things like super. That means the July increase will see more of your total package going to super and less into your take-home pay.

The Pension Loans Scheme is Josh Frydenberg’s reverse mortgage scheme that was tarted up a few years ago. Whereas up until now, you could only access fortnightly payments of up to 150 percent of the full Age Pension, secured against your real estate, you’ll now be able to access a lump sum of up to 50 percent of the Age Pension per year. That translates to more than $12,000 for a single person. That’ll get you a nice trip or an updated car.

For first home buyers, the scheme is increased from a $30,000 maximum to a $50,000 maximum. There’s no discussion about increasing the annual contribution from the present $15,000 per annum maximum so it would take the youngsters in your family more than three years to get to the maximum amount.

This is a great way for first home buyers to save for a deposit using superannuation. As a boost, the money ‘earns’ the ATO’s Statutory Interest Charge, which is presently 3.01 percent – that figure is roughly 6 times more than Junior would earn in a bank account and effectively tax-free!

There are lots of rules surrounding the first home super saver scheme, so make sure your kids or grandkids know them all before leaping in.

The post-budget party in Parliament House probably saw Coalition members wandering around the great hall, smacking high fives to all and sundry.

For the remainder of the week, however, they’ll be keenly watching for the reaction of the cross-bench senators to the long list of gives and takes announced last night. Because Jacquie Lambie, Rex Patrick and Pauline Hanson will ultimately decide which of the budget announcements become law.

And as I mentioned at the outset, there’s a federal election in the air and the cross-benchers will be keen to get as much air-time as they can over the next few months. What better way to hit the headlines than by interfering with popular budget initiatives …

How have the budget changes affected you?