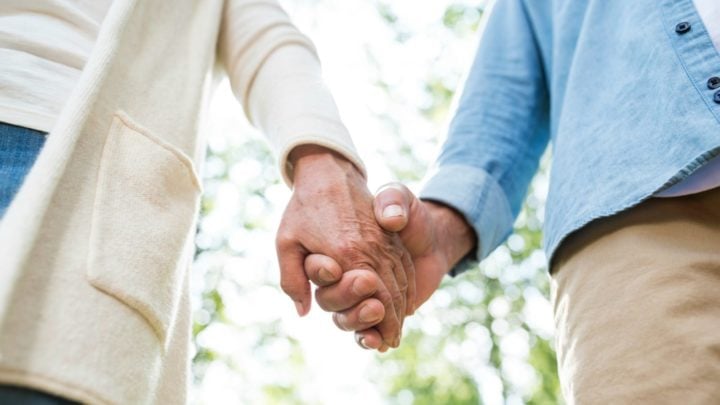 Older Australians are facing discrimination in many areas of their lives. Source: Getty

Imagine if one day, every one of us were to lose our legal protections. That the laws affording us bodily autonomy, freedom from discrimination, and unfair imprisonment slowly faded away until they were no longer there.

That’s what is happening to many older Australians. While they may remain on the statute books, their application weakens as we age. This is concerning for those of us who intend to grow old.

Take the anonymous admission of illegal hiring practices by employers. Last year the Australian HR Institute found 30 per cent of employers (a conservative self-reported number) admitted they discriminate on the basis of age. For most of them, the point of no return was 50.

At 50, we’ve accumulated decades of experience in our field, along with the wisdom and perspective that age brings. At 50, most of us are still far from any serious physical decline, and 15 years away from legal retirement.

Employers routinely word questions for applicants in a manner designed to reveal their age – all so older applicants can be easily weeded out. Despite the clear illegality, the employment industry is rife with such dealings. I’ve commiserated with many job search providers who comply uneasily with these wishes, knowing themselves to be in breach of the law but with little recourse against their own clients.

While these practices deny older Australians gainful employment with devastating personal consequences, it’s far from the only instance where their rights are discarded. I routinely see children putting their parents into aged care homes without consultation or even consent. This is illegal.

I see older people medicated without their consent, at the request of aged care staff unqualified to diagnose, and often without family consent. This too is illegal.

The consequences of these illegal activities can be dire. Just a year or so ago, a woman was hospitalised, operated on and later “diagnosed” as having dementia. She was committed to a secure dementia unit against her will. In truth, she was suffering from post-operative delirium. It took her months to secure her own release with the help of the Public Advocate. Dementia units are one of two institutions that detain Australians against their will – the other is prison and that’s legal.

The unseen motivator in all of these scenarios is ageism. Once you pass a certain age, you are deemed incapable of making decisions about your life or your health. This leads to belittlement and social isolation, but it also drives some of the most horrific and egregious breaches of law in this country.

How do we fight something so ingrained in our understanding of the world? Why do we reserve our outrage for the physical abuse uncovered by the Age Care Royal Commission, but not the casual discarding of basic rights?

To me, this indicates that unlike the effective racial equality and feminist movements, we lack the tools and even the language to combat age discrimination on a wide social scale.

The legal protections currently in place are not working. There is the law, and then there is what is actually practiced in families, in hospitals and aged care homes.

Improved enforcement is obviously part of the solution, but it is costly and confronting and often ineffective. More important is a broader consciousness that when you discriminate against an older worker, or fail to seek consent from an older person you are actually in breach of the law.

By and large we are a law-abiding society. We need to be more aware that the laws of the land apply to everyone and that citizenship is lifelong with no expiry date.

Council on the Ageing Australia is holding its National Policy Forum in Canberra tomorrow, looking at the social and economic impact of ageism.

Have you encountered ageism since turning 50? Do you think ageism is more prevalent than many younger people believe?