Christmas carols might actually be good for your health 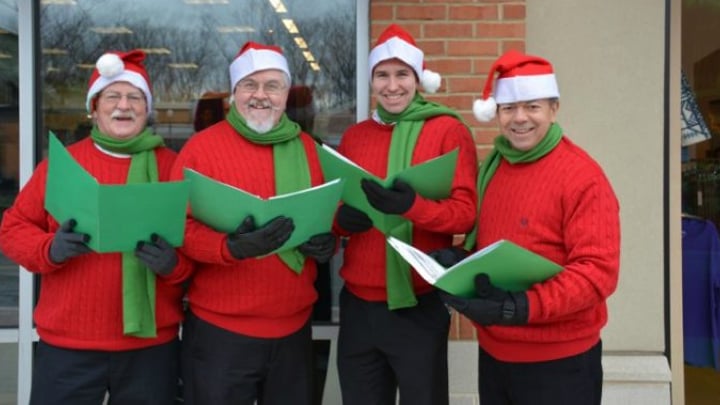 Another reason why you should get into the spirit of Christmas. Photo: Pixabay

T’is the season to be jolly, and if you’re the type of person who likes to sing in the shower or the car, here’s another reason why you should crank up the Christmas carols this year… Experts say singing may actually have both physical and psychological benefits.

For centuries, civilisations across the world have used music and song to promote health and healing. In Australia though, few people are aware of this capacity.

“At some point in history, Westerners separated the creation of song into two categories. The watchers and the doers, the performers and their audience”, says Elisa James, a vocal coach with a Masters degree in holistic health.

“In so many other civilisations song was, and still is, created by a community. It was performed in a circle with collective rhythm and beat, to celebrate everything from birth to death”.

According to James, singing causes measurable physical changes, which also have related psychological benefits. “Singing lowers your blood pressure, it improves your breathing capacity, it straightens your posture and it actually tunes your brain to distinct soundwaves”.

Singing has also been found to boost your mental health and reduce your symptoms of asthma.

A report published in Perspectives in Public Health recently claimed that singing as part of a group can improve your wellbeing. Participants said that making music fostered social connection, cognitive stimulation, mental health enjoyment, and trascendence.

While a review in 2014 of research conducted on signing and asthma revealed that those who sang found an improvement in their symptoms.

Next time someone tells you to put a cork in it, share this piece of information and raise your voice.

Do you feel better when you sing? Are you part of a choir? Tell us your favourite Christmas carol.