Those days at the drive-in 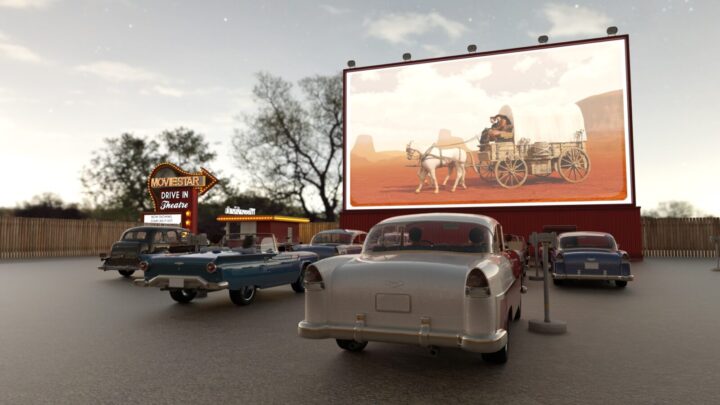 If you’re of a certain age, no doubt your dating days were punctuated with weekends spent at the drive-in. I remember those days fondly.

Although the local movie theatre was our hangout throughout grammar school and junior high, our rite of passage as a teenager was when we could get behind the wheel and head to that huge hot parking lot. The drive-in was wider than a football field, and the adventures inside the cars made those teenage years so memorable.

Often we see our friends, although we were always parked with our dates unless we had another couple in the backseat.

When I was 17, I remember dating a fellow named Bob, a handsome horned-rimmed guy who had those dark exotic looks that always make me weak. He always wore a bit of expensive cologne, and his smile displayed a killer set of ivories.

On Saturday nights, flush with his tips from working at a local restaurant, we’d head to the drive-in. The one I remember most fondly was the Van Nuys Drive-In, built in 1948.

That lot originally held 880 cars, but upon occasion, the capacity swelled to 1,400. Temperatures mounted both inside and outside the cars on those hot summer evenings.

The parking lots of the drive-ins had these asphalt moguls, a hilly terrain of swelling bumps. You had to park your car on that incline so that you could view the screen easily, not that we were watching much of the movie. Bob will find a spot and crank down the window, shoving a metallic speaker inside where it grabbed at the glass, its ugly face staring at you as the movie played.

Looking at the speaker gave me the creeps as it reminded me of my mother’s Catholic scowl when I’d done something wrong. Had she known what was going on inside the car, I probably would have been grounded for a month. I’m sure when I went to confession on Sundays, my litany of sins included my escapades in the back seat of a sedan.

When there were two couples in a car, most of the time we were laughing, with the couple in the front setting the pace for amorous pursuits.

Remember the concession stand and all the wonderful food that was there to help punctuate the evening? All kinds of candy were sold including Good and Plenty, Milk Duds and Mounds, all perfect names for testosterone-infused teenagers.

The drive-in was also a great escape for families since the theatre only charged by the carload. When I was a toddler, eight of us managed to cram inside our Ford sedan. In the back seat, we were all wailing and screaming while the movie soundtrack tried feebly to make itself heard.

I’m sure we wondered what was going on in some of the cars next to us, as our parents attempted to distract us with candy.

I had other boyfriends at the time that also took me to the drive-in. One, in particular, was named Alan. He drove his parent’s Plymouth, embellished with a bunch of knobs and buttons. It was fun pushing all of those controls, especially as Alan was driving. I hope I didn’t do that when he was parked at the drive-in with me.

The fins at the rear of the car stuck out like big fishtails. I think the upholstery was some print pattern of Naugahyde, a popular vinyl fabric of the day.

Ah, those were the days, when a few bucks were all you needed to get away from your parents and have a night filled with pleasure, fun, and some cozy companionship.