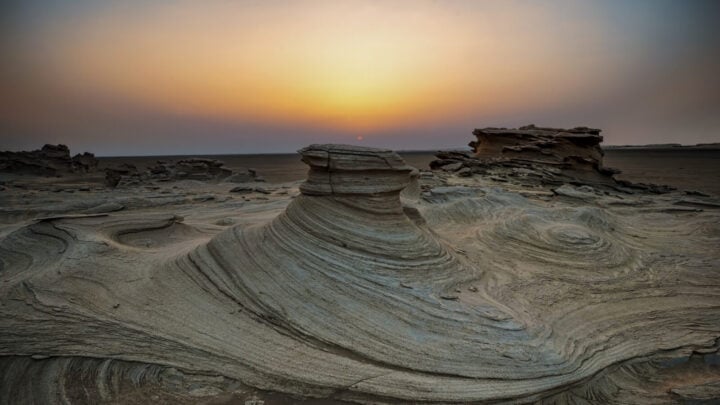 I’m sure I’m no different from a lot of other people when I say that I find it very hard to get my mind around some of the truly immense figures that the boffins quote at us, regarding such things as the age of the Earth or the fantastic powers that created the world as we know it today.

Experts estimate that the Earth is about 4.5 billion years old, while the whole universe is reckoned to be about 14 billion years old – numbers that amount to an awful lot of breakfasts! To put these amazing figures into a scale I am able to understand, I thought in terms of seconds, rather than years. One million seconds amounts to about 11.5 days. Multiplying that figure by a thousand gave me the score for a billion seconds and that equates to 31.7 years. Amazing, isn’t it?

Once I got my feeble mind around that, all sorts of other things dropped into place as well. For instance, there was a program on television the other night where an archeologist was scraping about in a bank of sandstone, finding fossils buried in it. It struck me that, being sandstone, that piece of rock had at one time (as its name implied) been sand, and then it had compressed over immeasurable time into its present form of solid rock. Not only that but the sand of which it was comprised had itself originally been a variety of different rocks plus the shells of unknown quantities of shellfish, all ground down by the seas in which they were deposited until there remained only the tiny grains so familiar to us today.

I could go even further back, to the original formation of the rocks of which the sand is comprised, but I think what I have written makes the point! A process like this, from rock/shells to sand and then back into a new form of rock again must take literally millions of years.

And don’t forget coal. The substance – so out of favour at the present time – was once living forests, growing on the surface of the earth. These forests died over many millennia and gradually became buried many hundreds of metres below the present ground level by future deposits of detritus and earth – and were sometimes also affected by things such as earthquakes and landslides etc. This compressed and changed the forests until they became the ‘black gold’ we know today. Even without scientific expertise you can tell coal was originally forest, because you occasionally find the imprint of leaves and even woodgrain in it – all buried in solid rock. Amazing!

Another proof of the great age of the Earth, as far as I’m concerned, is the folding of rocks. I’m sure you have seen them, curving about themselves like some giant’s blanket on cliff faces. And not only that but many of the folded rocks have the remains of sea creatures embedded in them, proving they were once part of some ancient seabed. Obviously you can’t fold solid rock like this. Even the smallest piece of rock either cracks or crumbles, just as you’d expect. But go to some estuary, where the seabed is thick, heavy clay, and when the tide has been out for a while you can bend a piece of it to your heart’s content.

I’m guessing those bent rocks were once estuarine clay, when an earthquake occurred causing large masses of the stuff to fold as it was heaved up, and so it stayed, gradually changing to rock over millions of years. In many places around the world, the same clay also preserved footprints of mighty dinosaurs, still able to be seen by us today in what is now solid rock.

I find the sheer immensity of the time scale involved, and the frighteningly powerful forces that have shaped our world to be utterly fascinating. I just hope I’ve at least given you something to think about, or even argue with!

What makes you stop and wonder?