The screen critic: Yet another superhero, magical realms and thrilling flops 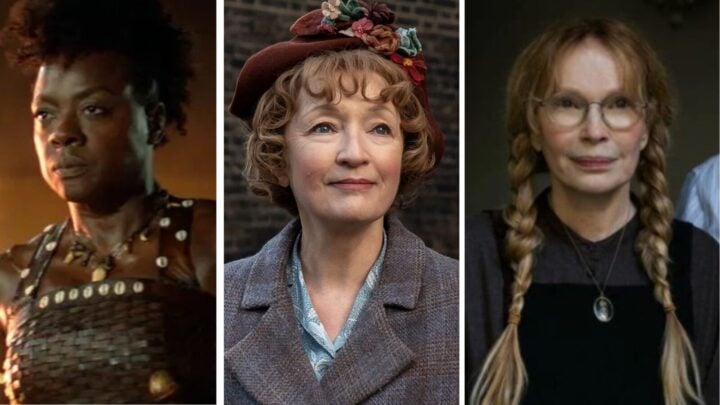 Grab your earplugs, folks. Filling multiplexes across the globe and giving millions of eardrums a run for their money is Black Adam, the latest superhero time killer pumped out by Hollywood.

Putting in a surprisingly stone-faced performance, the ubiquitous Dwayne Johnson (aka The Rock) plays the title character, a super-powered slave awoken from a 5000-year slumber in the fictitious Middle-Eastern city of Kahndaq.

The poor guy’s not awake two minutes before he’s doing battle with the bad guys who run the city. Seems he’s come at just the right time, hooking up with the similarly super-powered team called The Justice Society, led by a greying and very well-groomed Pierce Brosnan, to try and save the place without destroying too much of it in the process.

The usual onslaught of high-volume action ensues as the super-stern Black Adam and his crew fly, punch and crash about in a long series of noisy clashes that clearly ate up much of the film’s $200 million budget – a high cost for two hours of mildly diverting popcorn entertainment that is hard to distinguish from all the other “meh”-tastic superhero epics that have rained upon us over the past 15 years.

For a slightly more sedate experience, the warm-hearted period comedy Mrs Harris Goes to Paris tells of a lowly cleaning woman in London (Lesley Manville in a sweet performance) who saves her pennies to buy a designer dress from the Dior office in Paris.

Set in 1957, there’s not much to the story as the defiant, dream-chasing Mrs Harris confronts snobs, is embraced by the Dior dressmakers and enjoys a little courting.

While the film might well test the patience of those who wish the pace was a little quicker and the direction a little livelier, the modest film does offer a congenial, uplifting tale.

Another strong-willed woman stands proudly at the violent centre of the historic action epic The Woman King. Veteran Viola Davis (The Help; How to Get Away with Murder) plays the fierce General Nanisca, leader of the Amazon warriors who enthusiastically defend their African kingdom of Dahomey from slave traders and rival tribes.

Set in the 1820s, the fictitious film is based on the real Agojie warriors, blending plenty of brutal battles with some melodrama that seems oddly out of place amidst all the slaughter.

Those in the mood for yet more Halloween-time treats will find much joy with Barbarian, a surprisingly original genre piece that starts out like a standard horror film before hitting you with a series of mesmerizing twists.

The fun ignites when two strangers thrown together by the double-booking of a Detroit house begin exploring the unadvertised spaces in the basement. With plenty of wandering down darkly-lit passageways, things get creepier and creepier, but in a way that’s most unexpected. It’s a real gem for horror tragics.

Way over at the other end of the quality spectrum is the much-ballyhooed seven-part Netflix series The Watcher, which stars Naomi Watts and Bobby Cannavale as a New York couple who move their family into a huge house they can’t afford in a picturesque suburb full of certifiable weirdos.

Supposedly based on a true story, the opus is nonetheless tough to swallow and impossible to take seriously as the family start getting strange, vaguely threatening letters from somebody calling themselves “The Watcher”.

Thanks to consistently awful direction, what is meant to be a mystery thriller plays out like a failed comedy thanks to a host of ludicrous story developments and some very off-key performances, particularly from Cannavale who appears to have been miscast.

The series is all over the “most watched” lists on Netflix, but don’t be fooled – it’s five-and-a-half hours of your life you won’t get back.

It does, however, contain one genuinely frightening element. The family’s creepy neighbour is played by Mia Farrow whose ill-advised facework has apparently locked her eyes into a piercing, unnerving stare. She’ll give you the willies.

A fun bit of fluff on Disney+ is Rosaline, a cute, likeable, unusual teen romance that looks at the Romeo and Juliet story from the point of view of Romeo’s previous girlfriend Rosaline Capulet (Kaitlyn Dever), who also happens to be Juliet’s envious cousin.

With spirited performances all around, especially from Dever, it’s a nicely mounted jape that cheekily reworks The Bard’s original idea into something a little more upbeat.

Probably one of the most ravishing, beautiful things you’ll see on Netflix all year, The School for Good and Evil is a visually sumptuous comedy-fantasy in which two girls are whisked away to a magical Harry Potter-type realm where two magnificently designed schools train characters for fairy tales.

It sure takes a while for the story to develop as Agatha fights to save Sophie from succumbing to the temptations of evil (a very Star Wars idea), but it’s hard to complain given how visually pleasing the film is to behold, its iridescent costumes, epic set-design and fabulous, state-of-the-art visual effects giving the soiree a real sense of magic.