‘The problem with logic is that it inevitably fails us’ 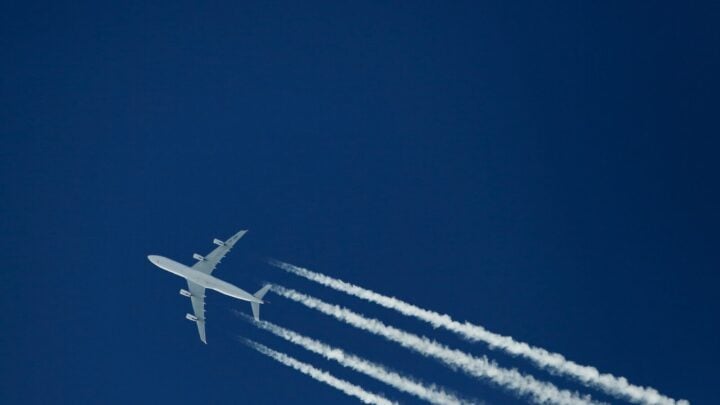 Brian talks about logic, comparing the safety of flying with that of road transport. Source: Getty Images

Logic — one of the greatest forces in the human mind, but used oh, so very little. It just sits there, hiding somewhere deep within your brain, trying to put things in order, to work out what is important to you (though you may not realise it yourself), to keep your body safe, and your life well-ordered and pleasurable. The trouble is, we often ignore what is obvious, and do some daft things on a whim, things we frequently regret later, or put ourselves through all sorts of stress, because a situation looks serious, when in fact it’s often not.

Take flying for instance, by far the safest form of transport ever invented, but feared by many because it is so dangerous, or so they think, with 300-seat airliners falling out of the sky almost on a daily basis! But these people fail to take into account the facts, of a situation. For a start, there are always literally thousands of aircraft flying about the world, 24 hours a day; just go to ‘flightradar24.com’ on your computer and you will see what I mean, and out of that frightening mass of aeroplanes, one comes down maybe once or twice a year. Okay, when one crashes there are up to 300 passengers on board, which the media loves to grab hold of to frighten us, but don’t forget, against that very occasional 300 deaths there are literally millions who arrive safely at their destination, and this is all over the world. Coincidentally, the total number of airline-crash deaths in 2019 according to the Aviation Safety Network was just 288 people, and as I say, that is throughout the world!

Set against these figures the according to the Bureau of Infrastructure and Transport Research Economics says the number of people killed in car accidents in 2019, in Australia alone, is 1,195 people! The trouble is, these deaths usually occur in small numbers on any one occasion, perhaps a lone driver here, or a car with several teenagers there, so no one really gets to know the true extent of damage at is going on all around us.

In actual fact travelling by car is considerably more dangerous than flying, but I know, even after presenting these figures, I would have a hard job convincing people of the fact. That’s because people refuse to make proper use of the logic section of their brains, even when the actual figures are quoted to them as I have done here!

Another very good case regarding the use, or rather the absence of use, of logic is in the world of gambling. Take the ‘pokies’ for instance — the law says that the machines must pay out on average, 87 per cent (85 per cent if you are in Queensland) of the money that is paid into them. Sounds good, doesn’t it? But switch on your logic for a few seconds and you’ll realise that for every dollar you feed into them, you must in the long run, lose 13 per cent.

In fact, you cannot win, the machine will always come out the best of the encounter; you’ll get a nice little earner every now and then and those moments are the only ones you remember. You will forget all those miserable afternoons when you lost part of your pension, or some of the cash you had with you to buy groceries! That of course, is exactly what the operators of these machines rely on. They know the human brain tries to forget the nasty things that happen and instead highlights the good things, like that $200 you won on the machines, just a month or two ago!

The same applies to Tatts Lotto of course — all you have to do is pick six numbers and you could win a million dollars! But here comes Mr Logic again, spoiling everything for you but trying to save you at the same time. Logic makes it clear that to pick six randomly selected numbers from a list of 45, means there are 39 numbers for you to get wrong, creating odds of several millions to one, I believe! Yet thousands of us (me included), have a go each week, convinced that this one will be the big one; and it never is, is it?

On the other hand, life could be pretty tedious if we applied logic to everything we did. Logically I know that what I have written won’t change many people’s thinking on the subject, but I have enjoyed the fun of researching and writing it, and some would say that is much more satisfying than trying to be logical!

What are some examples of logic you know of?