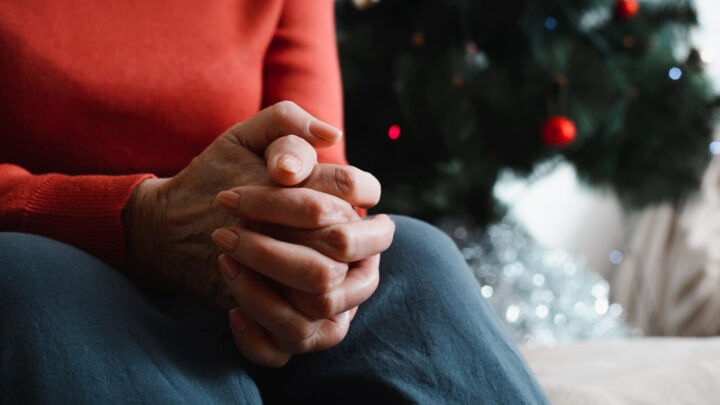 This blogger talks about dealing with the loss of a loved one at Christmas. Source: Getty

The holidays used to be a festive occasion for me. First, there was Thanksgiving, then my mom’s birthday, Christmas, my birthday, and finally Valentine’s Day. It was a cornucopia of celebrations and things that I always welcomed.

On Christmas day in 1999, I was called to the hospital because my mother was rushed to the emergency room. There was a bronchial issue going on. My stepfather wailed over the phone that they had her in a storage closet at the hospital because they were understaffed and that was the only place where they could admit her.

We dropped everything and drove to Banning, a small town outside of Palm Springs in California. We hurried into the hospital only to find my mom bedridden, laying adjacent to hospital gloves, brooms, and other types of medical equipment. They found a spot on her lung. It wasn’t bronchitis. It was lung cancer.

For six months she battled that horrific disease, with all of us attempting to cheer her on but knowing what the inevitable outcome would be.

The hub of the family was loudly absent. When your parent passes, there is a feeling of the roof being blown off of your house and the windows being suddenly yanked open. There is freedom and fright in knowing that you now have to make your own decisions. There’s no mother to please, no one to pass judgment on you, and no one to praise your accomplishments.

I became the parent of the family, dispensing her assets, and trying to keep some modicum of order after her death. It was not only hard navigating the dynamics within my family, but I had to deal with my stepfather as well, and his erratic behavior after she passed away.

He resented me because she was gone and I reminded him of his departed wife. He wished that I was the one who had passed away, not her. He made it difficult for me to execute her decisions and became a thorn in my side for several months.

But she was no longer around. We scrambled for a few years trying to keep the family together with various holiday celebrations, but it just wasn’t the same. The glue of our family was gone.

Soon, the sibling dynamics splintered as well. For the most part, we have all continued to get along, but it’s still difficult. The fall and winter seasons now represent the absence of my mother, the one who we always relied upon to keep the family together.

My mother’s birthday was on December 16, and I always pay homage to her during that time. Although her physical presence isn’t evident anymore, I truly believe that when somebody passes away, they are still around, because I have felt her from time to time when I have needed to make important decisions. I didn’t take a job as a publisher of a magazine because a voice told me “don’t just do it for the money”.

Another time I was freaked out when we were on a boat trip through Europe, and I felt a presence sit on the side of the bed and a little voice told me that “there was nothing to worry about”.

Maybe those who have departed are still around us, even though we can’t physically see them anymore. Perhaps when somebody dies, they transition like ice melting into water, and finally, to steam when the transition is complete.

Thinking in this fashion makes me feel a certain comfort with my mother’s absence. And although I know she is not physically with me anymore, perhaps she is with me differently.