‘Quit complaining and do something positive to improve your situation’ 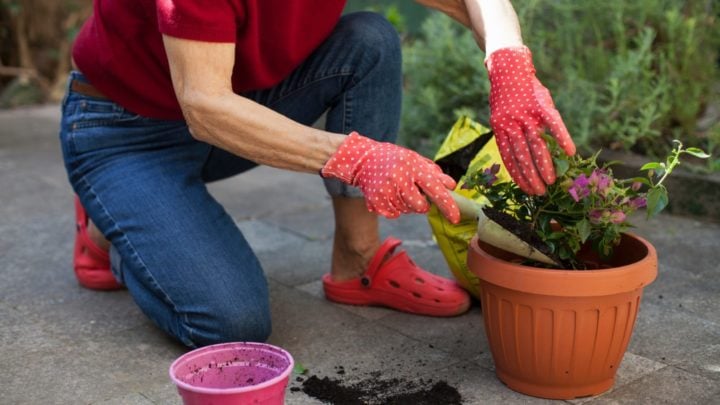 "Add plants to your verandah or garden. Stop being afraid of so many little things," writes Barbara. Source: Getty Images

Sixty years ago in Teachers’ College, one assignment was to collect moths and display said moths with notes all about them. So 60 students went out and killed about 10 moths each. There went 600 moths into oblivion and many birds had no breakfast that day. Guilty, Your Honour!

In 1927, a licence to kill koalas cost around 10 pounds. The slaughter was huge. Koala skins were exported to America to make hats. Skins were used here for stuffed koalas as well as hats. Yes, toy koalas from the skins of slain ones. Every day we spray hapless insects without a thought for their neighbours close by whose world we end. Guilty, Your Honour!

At school we dissected frogs yet only one person in the class became a biologist. Goodbye frogs. Guilty, Your Honour!

Tiny birds? No way. There are no prickly shrubs for them to hide and nest. Ladybirds? Rare and such a joy if you find one. Garden spiders? Zilch. Remember butterfly nets? Common toys almost in past times. Seen any butterflies lately? Absent so far this year in my neighbourhood. I rest my case. Guilty, Your Honour!

Flowers in gardens? No time to waste growing flowers. Guilty, Your Honour. Plant something easy to grow and hardy, like those little hedges, then leave them to be manicured by the gardener because you have no time and no interest. Instead buy lovely plastic or silk flowers for your immaculate living room. Have plastic geckos climbing up your garden wall. Put concrete chooks in the garden. Heaven knows the real ones are too messy. Guilty, Your Honour!

Take a step further and let’s put pretend animals in the zoo. So much cleaner and so economical. Animal waxworks maybe? Could be money in that. Don’t like this idea?

Then stop complaining and change things in your part of the world. Just one bush basil plant would keep a few bees busy. Two or three plus some flowers may well be paradise if you’re a bee. Live with the odd insect. Talk to the spiders and birds. They have such a hard life and don’t deserve to be exterminated.

We humans are a plague upon the earth. We have so disturbed the food chain in the selfish and mistaken belief that the little lives of insects/birds/ bees/ animals are of no consequence and our lives are the only ones that matter. Think before you spray or better still let us not spray. Find another solution if an insect wanders into your life.

Catch creatures and put them outside. Add plants to your verandah or garden. Stop being afraid of so many little things. Chuck out the poisonous spray cans.