‘Culture in the kitchen: How I my parents encouraged us to connect with our heritage’ 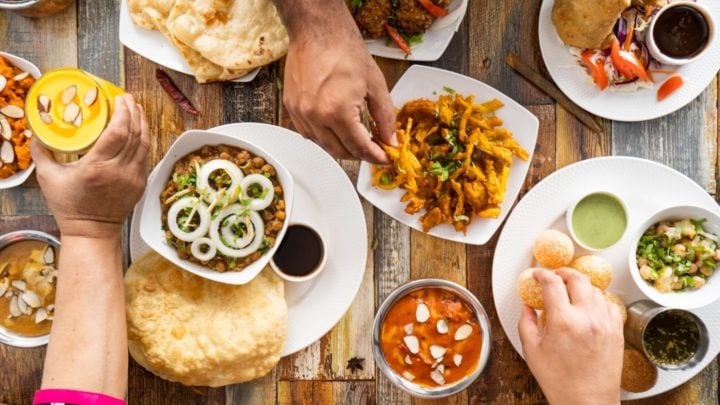 Heather remembers all the wonderful foods her parents used to cook and is amazed at how she never truly appreciated their efforts as a child. Source: Getty Images

It’s been a while since I’ve had the inclination to put my thoughts down for others, but recent events have inspired me. With the pandemic and having two siblings battling health issues, I’ve been hiding in the safety of my own cocoon. In fact, I don’t think I’d been to the downstairs area of my house since March 13!

My husband had taken on the responsibility of doing the shopping and the laundry, the latter of which he’d bring upstairs when it was dry and I would fold it and put it away. But after several weeks like this, I took a brave step and ventured into the outside world to my hairdresser.

I have a cane, which I use around the home, but when I go out I walk with a trolley. I find it gives me the stability I need.

I couldn’t help notice the green crosses on the ground marking safe social distancing and there was hand sanitiser for me to use in every place I ventured. One of my daughter’s had to fill me in on how hectic life had become because of coronavirus. I was just so grateful to be able to cuddle my children and grandchildren.

I spent my time in isolation watching late-night cooking shows. I’m most interested in those that highlight Indian food, given my cultural background and upbringing; Rick Stein’s adventures in India are a favourite of mine.

I was born in Calcutta to an Irish father and an Indian mother, though she never seemed to enjoy talking about her heritage. We kept our background somewhat quiet, especially when we moved to Australia; racism was rife back then!

In India my parents had servants. My father was in the British Police Force. We had a very level estate. My mother did the cooking — she was a fussy eater (I am too) and a very good cook.

As a child growing up on Sydney’s North Shore when we cooked curry at home all doors and windows were closed. When my uncle came to Australia and lived in a flat over the North Shore he once had a group of people bang on his door and demand he stop cooking “that smelly food” because — they said — it the whole neighbourhood smell bad. He did stop and was often at our house to get a meal.

My mother was always curious about the ‘cheap’ cuts of meat being used in local cooking. She would never do such a thing.

I remember  egg curries, where the eggs were boiled with potatoes and they were all cut into small squares and served with peas. Her kofta curry was small meatballs fried with spices and onions and chillies, served with pilau rice. When she cooked with basmati rice she used cinnamon sticks and sultanas and occasionally a bay leaf.

I loved her dahl and rice with a big serving of butter. She also made chips for me.

My father was a decent cook too. He’d make what we called a ‘pagoo’ with onions and chillies mixed with besan meal flour, which formed a flour-like batter mix and then he’d fry it in oil. He’d fry red peanuts with whatever he could get his hands on in the cupboard. We’d all be coughing and laughing at the same time, tears pouring from our eyes.

Mum would make paratha, a type of Indian flatbread. She would spend ages making the dough, rolling it out and then frying it so we could eat it with our curry. Her samosa pastry would be filled with curried mince and peas and potatoes … I can still smell the fragrances coming from her kitchen so clearly.

There was such a variety of food and as a child, yet it didn’t appeal to me as much as a bowl of hot chips did. Now as we age we acquire the finer tastes in life and I wonder why I didn’t like the cooking years ago. Mum and Dad have gone, but their cooking stays in my thoughts as much as they do. I often think about them and hope they found each other in the after life and are enjoying a big curry meal together.

What cultural background do you come from? Do you remember your parents' cooking?