Caroline Jones: The pioneer to the discovery of meaning 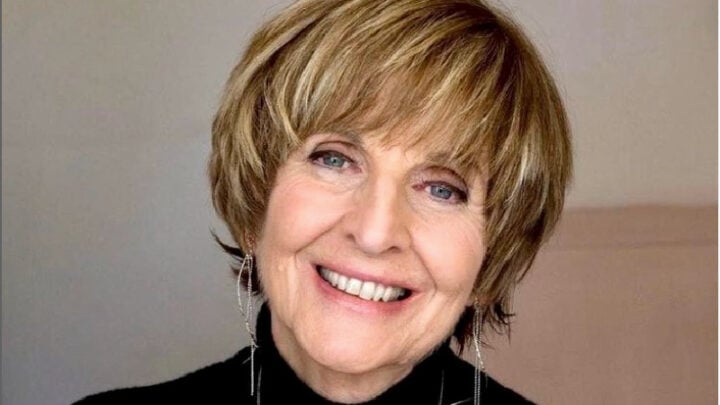 Caroline Jones, OA and Australian Living Treasure died the day before the 2022 national election, where Australians voted, perhaps more unambiguously than ever before, for a change in our political system towards integrity, unity and justice for the poor, women, climate change and First Nations people.

The above goals were paramount in Caroline Jones’ 53 years of journalistic work with the ABC, culminating in her comparing ABC TV’s Australian Story and her The Search For Meaning radio series.

Jones became the trail-blazer for female TV journalists in Australia when she joined This Day Tonight (TDT), Australia’s first and highest rating national TV current affairs program in 1968 as the first female reporter in the history of Australian TV.

TDT was a groundbreaking daily TV current affairs program, which set the stage for many of its subsequent off-shoots, including today’s The 7.30 Report.

It was, therefore, befitting for the current comparison of The 7.30 Report’s Leigh Sales, to honour Caroline Jones with a tribute as she began the ABC TV’s 2022 Federal Election-day coverage.

Sales said she owed much of her career to the “warrior for women” who kicked down the door for female reporters in Australia as the host of ABC flagship programs.

“The reason you are watching a woman anchor the ABC’s federal election coverage tonight is because trailblazers like Caroline Jones did the heavy lifting over decades. … She was a great encourager of her colleagues and we pay tribute to her incredible public service, her grace and her impeccable character,” Sales said.

The group Women in Media printed one of her quotes on a t-shirt that read: “I know there is a special place in heaven for women who help other women.”

Former ABC managing director Mark Scott praised Jones as “a giant of Australian journalism”, while Lisa Wilkinson said she was “a pioneer, in particular, for generations of female journalists” and became “the gold standard”.

I believe that a substantial aspect of such a “gold standard” was the “revelatory” way of interviewing, that Jones began to pioneer on TDT.

I had the privilege of witnessing Jones’ development of this style when I worked with her during the heydays of TDT, for three years until the end of 1972.

To understand this uplifting, collaboratory, truth revealing and unity building interviewing approach, it needs to be put in the context of the only other dominant interviewing styles, which existed on ABC TV news and current affairs programs before Jones’ debut on TDT.

Those styles were, firstly, traditional, boring and subservient political interviews on ABC TV news before the advent of TDT and secondly, the no holds barred combative style of daily interviewing that exploded with TDT into Aunty ABC’s hitherto mostly tranquil landscape.

Until Jones joined TDT one year after its inception, it was this primarily combative style for which TDT was known.

Historian, Ken Inglis wrote: “When people in Sydney were asked late in 1967 to name their favourite program, TDT came out on top, well ahead of the most popular commercial features.”

Gerald Stone, who was with TDT since its birth, wrote the following about its arrival: “Blasphemy is what we all committed almost every night as we took on the sacred cows of Australian life and tried to show our audience the huge amount of bullshit they were mired in – the accumulated moral hypocrisies and double talk of the double-breasted Menzies-Calwell years.”

When ABC management gave its blessing to the launching of TDT in 1967, they got more than what they bargained for.

By the time Jones arrived at TDT in 1968, the Michael Willesee – Richard Carlton confrontative interviewing style was a chief trademark of the program.

So what was Caroline to do?

To revert back to the old boring ABC news style of submissive interviewing or to join in with TDT’s “Young Turks” and adopt an adversary type of interviewing?

To my great surprise, she did neither.

Rather she developed a unique third way of interviewing that encouraged her subjects to bare their souls.

Her aim was to understand, rather than to judge; to bring out what we have in common rather than foster division and to celebrate diversity in unity.

In TDT’s combative style of interviewing, in order to get to the truth, the interviewer often tried to win over spin artist politicians by demolishing their pretences.

She could be like a snake charmer, who, with her charm and grace, would mesmerise the snake to dance to her tune.

The politician, thus won over, felt safe to let his guard down and voluntarily reveal concealed information.

Jones moved from News to TDT, to 4 Corners, Australian Story and then to The Search For Meaning radio program; it was a logical progression in her deepening search for meaning.

Her “revelatory” way of interviewing was a means to reveal meaning in her interviewees’ lives.

Reading the product description of the book about her radio series reminds me of her TDT days, where she first learnt to enable her subjects to bare their souls.

“The Search For Meaning is one of the most innovative and successful radio programs ever broadcast in Australia. Its guiding light is the famous broadcaster, Caroline Jones, whose searching yet compassionate questioning elicits responses of great honesty from her guests, both famous and ‘ordinary’, on how they make sense of their lives.”