‘Brace yourselves! The merry-go-round of Australian election season is about to begin’ 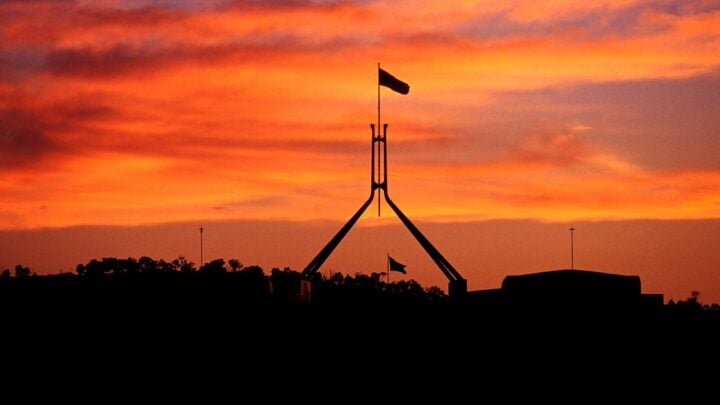 The Australian Federal election will take place this year, but when is still unknown. Source: Getty Images

It’s election year in Australia. This may not fill our hearts with glee, but it will certainly fill our minds with polly waffle and expose us to more photo opportunities than we would wish upon our worst enemies. Such, unfortunately, is the business of modern electioneering: Never mind the content, feel the bandwidth.

In 2019, Scott Morrison pulled off an election win from a minority government position, the Coalition’s margin having been frittered away by in-fighting, inattention and attrition. He secured a one-seat majority; this was less against the odds than against the opinion polls. He had been drafted as the 30th prime minister of Australia nine months earlier, after the Liberal party room gave his predecessor Malcolm Turnbull the Julius Caesar moment that now seems almost compulsory in the antipodean version of the Westminster parliamentary system.

Morrison, the voters narrowly decided, was due a chance to win office in his own right.

Three years on, we’re back at the merry-go-round. The man who can pivot on a pinhead, promise that fine policy can be found in his latest pamphlet, make all manner of untested assertions apparently in the belief that everyone will believe him, and who doesn’t hold a hose, even if there is a bushfire, will be making a pitch for a second term.

Morrison has several problems. Apart from the natural difficulties of longevity — the Coalition has been in office since 2013, and if a day is a long time in politics, eight years is an archaeological era — the Liberals are badly on the nose with women. For some reason that eludes common sense analysis, they seem to insist on continually insulting women by protecting men of their acquaintance who consider women as prey. This time around, too, there’s a novel factor in play: Simon Holmes à Court’s independents will make life difficult in several Liberal seats.

“The formal Coalition primary vote in 2019 was 41.44 per cent, but 8.5 per cent of the vote nationwide went to fractional parties whose preferences generally flow to the Coalition. So that’s 49.94 per cent, a mere statistical blip away from an outright popular majority.”

Opinion polls place the Government behind the Labor opposition. We’ve been there before, as former ALP leader Bill Shorten knows to his cost and prime minister Morrison to his benefit.

Albanese has been around federal politics for a quarter of a century but he’s a potential circuit-breaker, far more of a threat to the Coalition’s hopes of retaining office this year than Shorten was in 2016. This is clear from treasurer Josh Frydenberg’s recent characterisation of him as “hard Left” in the ALP. Albanese is certainly from the Left Wing of the Labor Party, but if Frydenberg genuinely thinks Albanese is “hard Left” he’s missed most of the political primers that should be imprinted on his brain.

We don’t know yet when the 2022 election will be. Federal parliament does not have fixed terms, though it should, since only incumbent governments benefit from being able to set election dates.

There are various options, including the wild card of separate House of Representatives and half-Senate elections that would mean the lower house wouldn’t need to face election until September. This isn’t regarded as a viable option, though, since it would require voters to turn out twice, double the cost of electing the next parliament, and be widely seen as a ruse to cling to the comforts of office for as long as possible. But it shouldn’t be entirely ruled out, especially given the prime minister’s record for inventive truths.

“The Liberals are badly on the nose with women. For some reason that eludes common-sense analysis, they seem to insist on continually insulting women by protecting men of their acquaintance who consider women as prey.”

May is most popularly tipped as an election date as that is effectively the last opportunity to have a half-Senate election in time for new senators to be validated under the complex voting system for the upper house before the new term must begin on July 1. The Government has already pencilled in the budget for March 29 with very few parliamentary sitting days before it. Federal budgets are usually in May, but 2019’s was in March and the Government dropped the document in the parliament and called an election.

The other prospect is to forget about the budget and have an election in March. This would only mildly inconvenience South Australia (which has a fixed term election due that month) and might avoid the likely early fading of the rosy glow of jobs, jobs, jobs that Morrison, ever the spinmeister, is suggesting will continue if we re-elect the Coalition.

Then there is Covid-19, an even greater unknown. If March is in the prime ministerial mind, we’ll know soon after Australia Day.

Election contests always go down to the devil in the detail of voting counts. In Australia, there’s a narrow window for a progressive message. The conservative bent of the electorate extends beyond the formal Coalition margin. This is Labor’s problem. It’s difficult to argue for more spending on social policy when — in the face of the pandemic — the capitalists on the government benches have been spending like drunken sailors.

It’s also hard to argue for progressive social change when the Australian electorate occupies conservative space by quite a large margin. The formal Coalition primary vote in 2019 was 41.44 per cent, but 8.5 per cent of the vote nationwide went to fractional parties whose preferences generally flow to the Coalition. That’s 49.94 per cent, a mere statistical blip away from an outright popular majority.

The safest way to campaign for votes in a democracy is to offer inducements and carefully ration the visions — and altogether avoid those of heavenly dimensions — and carefully target lower house seats. The Senate will reflect the national mood. That’s where the narrow differences between mainstream political views are visible.