2022 Elections: Don’t expect to be inspired 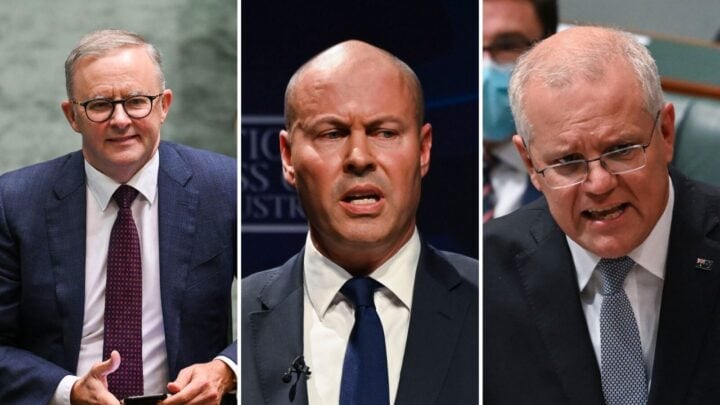 Sooner or later, this week or next, Scott Morrison will make his prime ministerial trip out to Yarralumla on the lake in Canberra, to ask the Governor-General to authorise a half-Senate and full House of Representatives election. So runs the form, and such is the constitutional convention.

It might have been sooner, had it not been for the Prime Minister’s cupidity, via his local fixer, immigration minister Alex Hawke, in preventing party democracy in his home state by holding up fractionally disfavoured Liberal preselections. They all do this sort of thing, all major political parties, but in this case, it must be said, familiarity certainly breeds contempt. The problem preselections have now been fixed – in both senses of that word – and the Prime Minister’s preferred NSW “yes-squad” has been bolted on as candidates or reconfirmed as recontesting members.

There must be a minimum of 33 days between the issuing of the writs by the Governor-General and election day, and election day must be a Saturday. In 2022, it must be May 21 at the latest, and the election must therefore be called by April 18. This is because the Senate dates its terms from election day, new senators must be able to take their seats on the following July 1, and the Senate’s exhaustive list-voting system can sometimes take weeks to produce final figures.

There are many reasons why Prime Ministers like to make election campaigns as short as possible. Short campaigns favour diversionary Hi-Viz moments over serious debate. They also limit deep analysis and effective scrutiny while giving the clumsy fewer opportunities for embarrassing pratfalls.

It suits both contenders particularly well this time around. As veteran political scribe, Michelle Grattan noted at the weekend, in a piece fabulously headlined The Hollow Man Versus The Empty Suit, neither Morrison nor Albanese is likely to set the house on fire. It’s not that either of them is necessarily mediocre – though the fevered Twitterverse might burst into flame over that assessment – so much as that they demonstrate a similar desire to present as tiny a target as possible. Such is the X factor in timid Australian politics.

Morrison likes to play underdog because it means he can bite people with the intent and then, he thinks, plausibly excuse himself. He’s at a disadvantage this time. The coalition has been in office for nine years, and he’s been prime minister for four of them. He’s the guy in charge. Well, that’s the theory, and he’ll bark if you don’t cry hallelujah.

But if there are things the voters don’t like – and there always are, though not always with good reason – then it’s the government that cops the bucketing. And that’s fair enough. Governments freely spend taxpayer money promoting themselves and their claims of good works and handing out vote-for-us-not-them inducements at eye-watering costs. They invariably seem surprised or show their thin skins, when we don’t appreciate their generosity with our money.

Australian elections are very rarely about high policy or moral or ethical decision-making, and certainly not about defence and foreign affairs. No one outside the cognoscenti seems concerned that we’ve mortgaged our capacity for independent foreign and defence policy to the Americans in return for nuclear submarines we may never get or be able to crew effectively. No one noticed that the Chinese fleet was about to get an entry permit to Honiara; not even the government. Climate change is a management problem. This election’s no different, despite the increasingly voluble chatter among the rival camps in the chattering classes. It’s about squeaky parish pumps, voting margins and preference deals, just like it always is.

That said, Australians do have a clear choice coming up. More of the same with Morrison or take a chance with Albo. Big-mouthers like rustbucket tycoon Clive Palmer and his ex-Liberal stir-crazier mate Craig Kelly might marginally boost the non-Labor vote – United Australia Party voters are more likely to second-preference the coalition than send their votes to the ALP – but they are a privately funded, even questionably funded, distraction.

The 2022-23 federal budget, brought down by treasurer Josh Frydenberg on March 29, is the government’s re-election platform. Throw the money and run. In his speech in reply to the budget two days later, opposition leader Anthony Albanese said it wasn’t a budget for the next six months but one for the next six weeks. It’s hard to argue with that assessment, wherever you’re thinking of placing your vote.

Albanese also pledged to reform and properly fund and resource aged care. That’s less visionary than morally essential, but it’s a practical, proactive proposal, aimed not at some light on a distant hill but at the near ground, around the parish pump. It might be the winner.