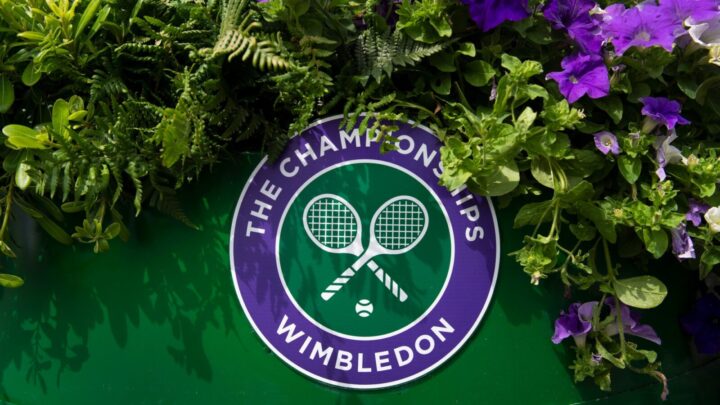 The AELTC said it would “consider and respond accordingly” if circumstances change between now and June. Source: Getty

On Wednesday, April 20, the All England Lawn Tennis Club (AELTC) announced the ban of  Russian and Belarusian players from competing in this year’s Wimbledon tournament due to the “unjustified” invasion of Ukraine.

“We recognise that this is hard on the individuals affected, and it is with sadness that they will suffer for the actions of the leaders of the Russian regime,” All England Club chairman Ian Hewitt said in the statement.

The move marks the first time players have been banned on the basis of nationality since the immediate post-World War II era when German and Japanese players were barred from competing.

The decision also makes Wimbledon, the oldest and most prestigious tennis tournament, as the first tournament to ban individual players from more than one country. Meaning men’s world No. 2 Daniil Medvedev from Russia and women’s fourth-ranked Aryna Sabalenka of Belarus won’t be competing in the upcoming June 27 to July 10 tournament.

However, the shock move has sparked outrage in the tennis world, with men’s world No. 1 Novak Djokovic as one of the many expressing their displeasure with the decision.

The Serbian tennis star has made it clear that while he disagrees with war, banning athletes solves nothing.

“I will always condemn war, I will never support war being myself a child of war… However, I cannot support the decision of Wimbledon, I think it is crazy,” he said at the Serbia Open in Belgrade.

“The players, the tennis players, the athletes have nothing to do with it (war). When politics interferes with sport, the result is not good.”

Governing bodies at the Association of Tennis Professionals (ATP) and the Women’s Tennis Association (WTA) also described the decision as “unfair.”
“Discrimination based on nationality also constitutes a violation of our agreement with Wimbledon that states that player entry is based solely on ATP Rankings,” the ATP said in a statement.

The WTA expressed that they are “very disappointed” with the news and are now “evaluating its next steps and what actions may be taken regarding these decisions”.

“Individual athletes should not be penalized or prevented from competing due to where they are from, or the decisions made by the governments of their countries,” said the WTA.

Rublev is urging Wimbledon to reconsider its decision, and instead, to give Russian and Belarus players a statement to sign saying they will “give all the prize money to humanitarian help – to the families who are suffering” in exchange for being allowed to play.

“I just want to show we are good people,” he said.

Tennis stars and fans from around the world have also taken to social media to express their disapproval of AELTC’s announcement.

American former world No. 1 tennis player Billie Jean King released a statement on Twitter saying “…I cannot support the banning of individual athletes from any tournament, simply because of their nationality.

“Tennis is stronger when we stand together…” she wrote.

My thoughts on the ban of Russian and Belarusian players from competing in Wimbledon. pic.twitter.com/QX28SRzZFJ

???? Djokovic, world number 1, banned from Australian Open just because of his opinion.

???? Medvedev, world number 2, banned from Wimbledon just because of his nationality.

Tennis used to be gentlemen’s sport. As a tennis player I’m so sad to see what it has become ????

Meanwhile, Russian Tennis Federation president Shamil Tarpischev told Sport’s Express Newspaper that there was nothing they could do about the decision.

“I think this decision is wrong but there is nothing we can change…The (Russian) Tennis Federation has already done everything it could,” Tarpischev said.

There is currently no news on the United States Tennis Associations, which organises the US Open, and their decision regarding the participation of Russian and Belarusian players in this year’s tournament on August 29.

What do you think about Wimbledon's decision?