‘When did people stop dressing up?’: Over 60s remember when society shifted from fancy to casual 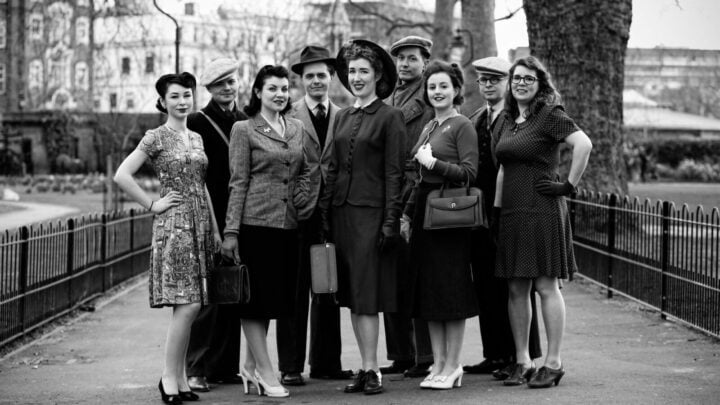 Remember the days when you had to look your best everywhere? Source: Getty

Remember the days of spending hours in front of the mirror, getting the perfect curl from your rollers and dolling up with a face of makeup with lipstick to match your gorgeous dress for a trip to the store? Or shining your best pair of dress shoes and donning your best suit to go to someone’s house for dinner?

In today’s society, you rarely see someone wearing their ‘Sunday best’ to church, let alone for everyday tasks and outings like people used to do.

Taking to the online community of Reddit, over 60s reflected on society’s change from fancy to casual after someone asked: “When did people stop wearing suits and dressing up to go everywhere like baseball games, on planes, the dept. store, etc and how did those people feel about it when it stopped?”

“What was that process like as far as going from dressing in Sunday best everywhere to then not. At what point do you recall it completely going away? What was the general attitude as this transition was occurring in society?,” the question continued.

One 70-something said she felt “intense relief” over the transition, saying she was excited to be able to be comfortable in public.

“For me it was late 60s, early 70s when I no longer had to put on nylons, dress, heels, undergarments and a dress coat just to go shopping downtown. Oh, and not leave the house unless makeup and hair was perfect,” the comment read.

“My general attitude was one of intense relief. Tennis shoes and sweatpants rule! Finally getting to go from heels to flats and dresses to pant suits when working was such a relief.”

One 60-something said the change came about from the “Generational Gap” in society, heavily influenced by politics.

“The change really came in the late 60’s – early 70’s which was a time of huge cultural change in many areas. For all the crap that Boomers get today the demographic of that huge influx of young people going through society really did change a lot of things. Maybe that’s why the stereotype of thinking that society still revolves around us comes from. Frankly that’s been our reality for a long time,” they wrote.

“I think how people felt about it really depended on their opinion on a host of issues. From civil rights to the war in Vietnam to Rock N Roll right up to the role of women in society. In those days we called it the Generation Gap.”

Another person attributed the shift to when the fitness craze kicked off, saying it was just easier to stay casual.

“I think it started with the “fitness craze” of the ’70’s. People were exercising more, needing to shower more frequently, and just decided it wasn’t worth the extra trouble to get dressed up. It wasn’t a sudden thing, though. My parents (in particular my mother) tried to hang onto it longer than many. For one thing, it was expensive to have to buy new clothes,” the comment began.

“I remember being happy as a woman that I didn’t have to wear a slip anymore under dresses, some time in the early ’80’s. But I felt like I was going to hell for the first few times.

“On the upside, when churches became less formal, I think more people started to attend because you didn’t have the stigma of not having nice clothes to prevent you from going.”

Despite what may have started the transition, it seems most people agreed that the shift towards a more casual approach to personal style gained momentum in the ’60s and ’70s.

How do you feel about the transition in fashion?