The unsolved mystery of the Wanda Beach murders 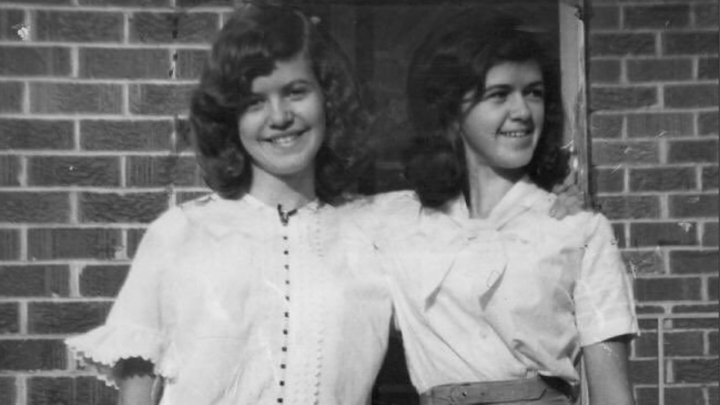 They were just like any other teenage girls, enjoying a day at the beach with family when they vanished, never to be seen again. It was the summer of 1965 when friends Marianne Schmidt and Christine Sharrock, both 15, headed out to enjoy the sunshine like many Aussies in the hot weather.

But instead of returning home that evening, exhausted from a day in the heat and ready to jump into bed, the girls met their deaths, at the hands of a mystery person, who after 53 years remains unknown.

As with other terrible cold cases, the truth behind Schmidt and Sharrock’s murders has baffled even the best detectives and police personnel in the country. And while there have been several leads over time, the lack of evidence has halted the arrest of any suspects.

Their last known day alive was January 11, 1965. Schmidt and Sharrock had spent the day at Wanda Beach in Sydney’s south with Schmidt’s four youngest siblings in tow.

The wind was fierce and instead of having a relaxing time on the main beach, the group headed to the southern end where they sheltered among the rocks.

A couple of hours later they set off for a walk in the sand dunes behind the beach, before again stopping as the weather conditions became too severe for the younger children.

It was then that the two teenagers parted ways with the young children, for what no one knew would be the final time. Schmidt and Sharrock told the younger kids they were going to head back to the south end of the beach where they had carefully hidden their bags, and come straight back before going home.

However, instead of walking in the direction of the bags, the two for some reason decided to head further into the sand hills. This was clearly not a mistake as when Schmidt’s brother Peter said they were going the wrong way, they just laughed it off.

The young children waited for hours on end for the teenagers to return. At around 5pm they had had enough and went to collect their bags themselves before jumping on the last train home.

To the surprise of the whole family, Schmidt and Sharrock had not returned and with an inkling that something had gone terribly wrong, the pair were reported missing at 8.30pm by Sharrock’s grandmother.

In a cruel turn of events, a young woman’s body was found by a passerby in the Wanda Beach sand hills the following morning. Upon further investigation police uncovered a second body. It was Schmidt and Sharrock.

The two were positioned quite close to each other with Schmidt found lying on her right side with her left leg bent. Sharrock was just below, her head face down in the sand against Schmidt’s left foot.

It is believed Schmidt had been attacked first followed by Sharrock who had tried to escape the murderer before being dragged back to her friend. Both teenagers had received severe injuries with Sharrock found with a fractured skull due to a blow to the back of the head and multiple stab wounds.

Schmidt on the other hand had her throat slashed and had also received several stab wounds. To make things even worse the culprit had attempted to rape both girls.

Over the last 53 years detectives have worked tirelessly to uncover the truth behind the brutal crime with small pieces of evidence such as a possible knife wipe mark on one of the girl’s clothing to a DNA sample from an unknown man being discovered.

Despite interviewing some 7,000 people, a record in Australian history, and the case being re-opened in 2007, families of the two young girls remain in the dark about how Schmidt and Sharrock were killed.

There have been multiple suspects questioned since that fateful day including Alan Bassett, who had been jailed in 1966 for the murder of a 19-year-old woman; Christopher Wilder, who two years earlier was convicted of a gang rape on a Sydney beach; and Derek Percy, who was imprisoned since 1969 for the murder a child on a Victorian beach.

However, of those three, the most talked about, especially of late, is Wilder. Wilder, also known as the beauty queen killer, murdered eight people and attempted more in America in the early 1980s. He later killed himself by accident in a police struggle in 1984.

In an episode of Channel 7’s Sunday Night program aired last year, Wilder was revealed as the number one suspect by a retired detective.

Throughout the investigation there was growing speculation he was involved in the violent crime. His wife had ended their marriage after just one week due to his violent nature and had reported her suspicions to authorities.

But police failed to track down Wilder and conduct interviews before he immigrated to America in 1969. Sharing his opinion on the matter, retired Detective Inspector Ian Waterson, who was in charge of the cold case, admitted Wilder “stands out more than anyone else”.

When asked who he believes is the prime suspect, he said: “In my mind it would be Christopher Wilder because there are so many signs of this guy that point to his sexual deviance, his propensity for violence, he was around Sydney at the time, hung around the beaches… it points to Wilder.”

Around 17 years after Schmidt and Sharrock were found dead on the beach, Wilder faced court in Australia for the sexual assault of two different 15-year-old girls. However, shockingly he posted bail and was released. He returned back to America with his killing spree beginning not long after.

Shockingly the families of the Schmidt and Sharrock never knew of Wilder during police investigations, and were only shown the documents that had him penned as a suspect during the program.

“That’s crap – what did the cops do?” Marianne’s younger brother Bert said on Sunday Night when discussing the lead.

“Wife goes to the cops and the cops do nothing for eight months. I just can’t believe that – that’s ridiculous.”

Sadly after all this time the case remains unsolved and although Wilder has been highlighted a prime suspect, the families of Schmidt and Sharrock still don’t have closure.