Trump angered by musician mocking him 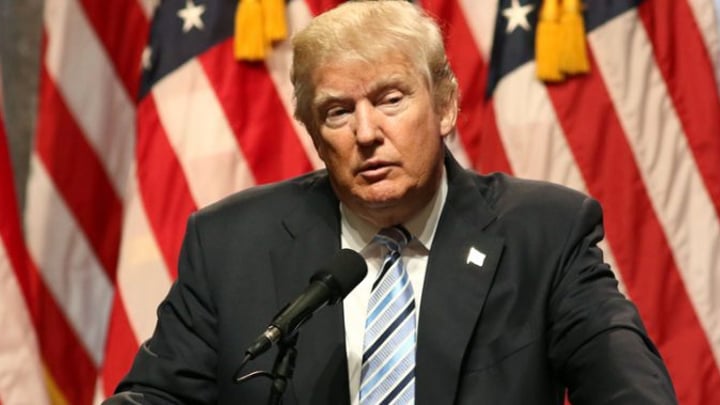 US President Donald Trump has taken to the social media platform, Twitter, to express his outrage over a new film clip that shows a clown representation of him with a toy gun pointed at him.

The film clip for the song Lavender by Canadian music group BADBADNOTGOOD and features legendary hip-hop star Snoop Dogg.  In the clip, society is portrayed by clowns, and after a police officer shoots a clown in his car, mirroring real life events between police and African-Americans in the US, Snoop takes it out on clown President Ronald Klump.

The conclusion of the video the rapper holds a toy gun to the head of Klump and pulls the trigger showing a “bang” flag. Later the clown President is shown alive and chained up.

President Trump tweeted after the release of the video:

Can you imagine what the outcry would be if @SnoopDogg, failing career and all, had aimed and fired the gun at President Obama? Jail time!

Mr Cohen added, “There’s absolutely nothing funny about an assassination attempt on a president, and I’m really shocked at him because I thought he was better than that.” He continued, “I’m not really sure I understand the artistic value to having somebody dress up as Trump and firing a weapon at him”.

“I certainly would not have accepted it if it was President Obama. I certainly don’t accept it as President Trump, and in all fairness, it’s not funny, it’s not artistic.” Mr Cohen stated before adding, “Shame on you, Snoop”.

What do you think about it?  Do you think it’s freedom of speech or distasteful?