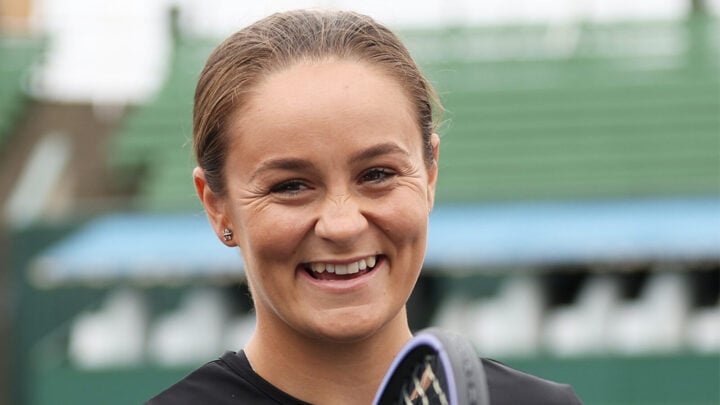 Ash Barty says she will not return to a sporting career. Source: Getty

Australian tennis legend Ash Barty has stood firm on her decision to retire from tennis, the sport that made her a beloved household name across the nation.

Sitting on a high at World No. 1 for women’s singles, the 26-year-old left fans in shock after the bombshell announcement that she would no longer continue competing in the sport she’d played since she was four.

As reported by The New Daily, Barty denied questions about her return at Melbourne Park on Monday, November 7, including rejecting calls she would start a career in any other competitive sport.

“I miss competing and challenging myself against the best of the world but I don’t miss a lot that comes with it. I’m still competitive with myself when I train at home. I still try and push myself but there’s no white-line fever anymore.

“I never really felt like there was this void that needed to be filled in because there was a genuine sense of fulfilment at the end of my career.

“I don’t think I was still searching for the competitive beast anymore.”

Barty insisted her retirement was not similar to her hiatus from the sport in 2014 to explore cricket.

“But now I don’t need that. Now I have probably understood and realised that I’ve had an extremely full, fulfilling, incredible journey in my athletic and professional career and now it’s time to close that chapter.

“Now it’s the beginning of a completely new chapter in my life and we see what’s possible as opposed to searching for what’s missing.”

For now, the sporting superstar has turned her hand to writing books, releasing a series of children’s books titled Little Ash.

Barty has also released her memoir, My Dream Time, in which she opens up on her younger years and her career.

.@ashbarty‘s new autobiography ‘My Dream Time’ details her successes, motivations, and decision to step away from tennis.

She says staying true to herself was pivotal to her journey through the dizzying heights of the sport. pic.twitter.com/6FFuH2oInv

“I didn’t want to sugar-coat it or lie about anything. I was just telling my story, my journey and the tears that came with it were therapeutic,” Barty said.

“At those times, I didn’t know. But reflecting on it, I realised how big a moments they were.”

Since hanging up her racquet, Barty claimed victory in a golf tournament at the Brookwater Golf and Country Club earlier in the year and in July married long-time beau Garry Kissick, shocking fans with a photo of the secret ceremony.

Showing no signs of slowing down, Barty later revealed that she was making her mark in the corporate world with her new role with the Australian telecom giant, Optus, as their new “Chief of Inspiration”.

After what has already been a seemingly jam-packed retirement, Barty recently revealed to Sunrise that based on the last few months, her post-tennis life is “going to be a really fun journey”.

“It’s everything I’ve ever wanted. I feel very fortunate I’ve been able to live out my childhood dream and have a career for 20 years.

“It was something I loved and now what excites me is our next chapter and what that is I’m not quite sure yet but the last six months, if it’s anything to go by, it’s going to be a really fun journey.

“Much to a lot of people’s disgust, the professional athlete is done, the tank is empty but it has been a lot of fun ticking off a few other things that I was loved to do. I’m a weekend hacker on the golf course, I love to get out with my mum and my girlfriends and that’s about as far as we go.”