‘It’s done. I’m done’: Ash Barty reveals how it felt to step away from tennis 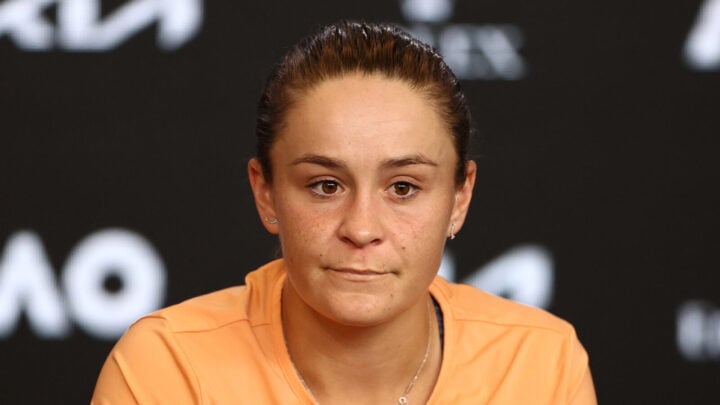 Australian tennis great Ash Barty left the tennis community and fans in a state of shock when she announced her surprise retirement at just 25 years of age, now the former World No. 1 has revealed how she felt after making the bombshell announcement.

In an extract from her upcoming memoir My Dream Time, published by News Corp, Barty opens up about the mixed bag of emotions she experienced following her retirement announcement from a sport that had consumed much of her life.

“Just like that, my career is over. I’d like to tell you I feel stunned or shocked, but I feel good. Great, even,” she wrote.

“All day long there’s a kind of pulsing wave rushing through me, not of excitement or fear or adrenaline or even relief – just the sense that something important and right and true is happening.

“Something is starting and something is finishing. It’s done. I’m done.”

“I’ve said exactly what I wanted to say,” Barty said.

“I’m an open book. I’m not hiding anything, I’ve got no secrets. I am just so proud of all of the work that I have done with my team.

“We have done this together right from the start, have enjoyed every single minute and we have no regrets.

“I just knew for me the time was right.

“It’s been a hell of a journey. I wouldn’t change a thing and I certainly have no regrets.”

As the release date of her memoir draws near, Barty also opened up about what spurred her decision to retire while she was at the peak of her career.

“I don’t know what I’m playing for anymore. I think I’m done,” she revealed in an excerpt from her memoir.

Since hanging up her racquet, Barty has shown no signs of slowing down after recently claiming victory in a golf tournament at the Brookwater Golf and Country Club earlier in the year and in July she married long-time beau Garry Kissick, shocking fans with a photo of the secret ceremony.

Barty later revealed that she was making her mark in the corporate world in her new role with the Australian telecom giant, Optus, as their new “Chief of Inspiration”.

“Inspiration for me has always been my north star, helping inspire Aussies and encouraging them to be the best version of themselves – and I cannot wait to do that with Optus,” Barty said at the time of the announcement.

“From sport, I’ve learnt the positivity and the really good aspects in life that can come out of friendship and being in active teamwork.

“Whether it’s sport or the corporate world, the most important thing is to find what makes you happy.

“Sometimes it means that brave or courageous decision, that conscious decision to say yes, and to feel like you are making a difference.”

My Dream Time is expected to hit shelves on Wednesday, November 2.