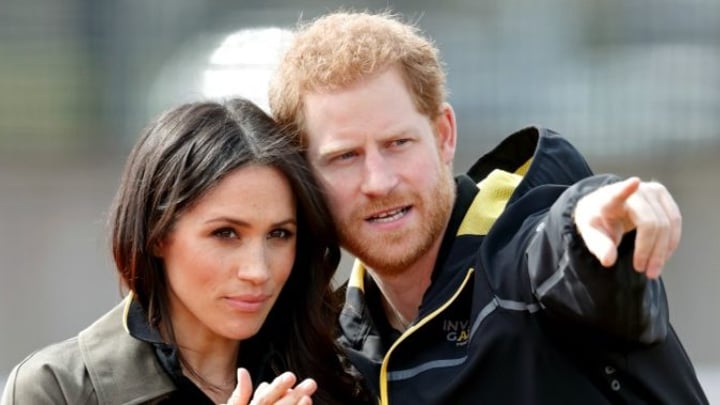 Prince Harry has made no secret of his dislike of the press. Source: Getty.

Prince Harry has made no secret of his tense relationship with the press – and it’s hardly a surprise given the media not only played a role in the tragic death of his mother Princess Diana, but has also gone on to target his beloved bride-to-be Meghan Markle with tasteless and hurtful stories.

However, his strong dislike for the press risks culminating in a bitter tit-for-tat battle that will likely only result in his family suffering even more.

“The Prince Harry that I know doesn’t like the press,” former reporter Duncan Larcombe wrote in his book Prince Harry: The Inside Story.

Harry’s bitter relationship with the press was made clear in November 2016, when he released an unprecedented open letter slamming paparazzi for hounding Meghan so early in their relationship. It cited a “wave of abuse and harassment” towards Meghan, and even accused some news outlets of publishing reports with “racial undertones”.

The lengthy statement added: “He knows commentators will say this is ‘the price she has to pay’ and that ‘this is all part of the game’. He strongly disagrees. This is not a game – it is her life and his.”

Now, that dislike and long-running anger has carried through to his wedding. Only one reporter has been invited inside St George’s Chapel to cover the ceremony, with four photojournalists granted access outside the venue.

It’s a sharp contrast to his brother Prince William’s choice to invite a reported 28 reporters and 17 photographers inside his own wedding in 2011. Harry previously claimed he’d restricted press due to a limited amount of space inside the chapel, and it not being a formal state occasion, but it’s no doubt a direct reflection of his antagonism towards the media as a whole.

However, as current coverage of Meghan Markle’s father Thomas has shown, when denied access and made to feel like they’ve been snubbed, the media refuses to pull back. If anything, they ramp up their attempts to compete and use their vast resources to find stories any way they can.

It’s inevitably what led to one publication exposing Meghan’s father as he set up paparazzi photos of himself browsing news reports, getting fitted for a wedding suit, and even reading a book on British history ahead of the wedding. The Palace initially called for press to stop harassing him, but that caused yet another wave of rabid coverage.

Sure enough, it’s sadly ended with Thomas pulling out of the ceremony altogether, claiming he’s suffered a heart attack and doesn’t want to cause any further embarrassment for his daughter.

Elsewhere, Harry’s no doubt worried the media attention could affect his relationship with Meghan, after the spotlight and constant public scrutiny proved too much to handle for his former girlfriends, Chelsy Davy and Cressida Bonas.

Chelsy previously told The Times: “[The scrutiny] was so full-on: Crazy and scary and uncomfortable. I found it very difficult when it was bad. I couldn’t cope.”

It’s not the first time the royal family has been through this. They previously attempted to shut out the media over the criticism fired at Prince Charles following his divorce from Diana. However, rather than ending coverage of the couple, it only heightened the spotlight on Diana herself – sparking greater competition for stories and new angles on the princess.

Diana herself intermittently encouraged, then discouraged, that interest, attempting to control the media in her own way. While she’d often set up photoshoots and pose and smile for shots, she’d then beg for privacy on other occasions. Sadly, her horrific death ultimately proved that attempts to control media interest is near impossible.

She was tragically killed in a car accident as her driver attempted to flee a pack of paparazzi in Paris in 1997.

“In Harry’s mind, it was the press that killed his mother. I know that because he’s told me that several times privately,” Larcombe added in his book, according to Town and Country magazine.

Meanwhile, former royal press secretary Dickie Arbiter added to The Australian recently: “While William and Harry are no control freaks when it comes to the media, and they’re conscious they have a job to do, they do, however, remember quite vividly what happened to their mother and the same is not going to happen to them and their families.”

Harry confirmed this himself last year, when in a rare display of candour, he admitted he was disgusted by the paparazzi “who were taking photographs of [Diana] while she was still dying on the back seat of the car”.

There is no win-win for people born to a life of huge privilege such as the royals, in which the public, and the media, somewhat rightly feel a sense of ownership.

But perhaps Harry’s brother Prince William’s cooler approach is the best one in a difficult situation such as this, as opposed to his younger brother’s hot-headed and angry outbursts when the media over-steps a boundary. William has managed to find a healthy balance, giving enough attention and information to the media and the public to keep them satisfied, while keeping a certain level of privacy – despite having his own demons with them following his mother’s death.

His approach clearly works, and that’s evidenced by the anger that was shown in the UK over topless shots taken of his wife Catherine by a French magazine in 2012. Rather than buy the photos, every UK publication snubbed them to honour the couple’s privacy, in an unwritten agreement and respect for the royal family as a whole.

Hopefully Harry can now swallow some of his long-held anger and work out a manageable relationship with the press, because let’s face it, interest in him and his bride isn’t going to go away – despite his obvious wishes that it eventually will. It seems his only option to live a private life away from the media glare would be to renounce his role and all of the privileges that go with it – something no-one wishes to happen.

Do you think Prince Harry needs to make peace with the media to end this dangerous tug-of-war?