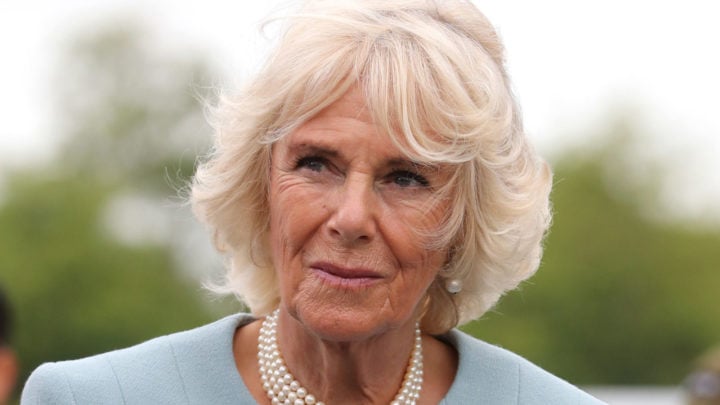 The Prince of Wales and Duchess of Cornwall began a week-long tour of New Zealand on Monday. Source: Getty.

The Duchess of Cornwall has had a rough couple of weeks after succumbing to a nasty chest infection which forced her to pull out of an official engagement alongside the Duke and Duchess of Sussex at Westminster Abbey. However Camilla looked to be fighting fit once again on Monday as she stepped out in the New Zealand city of Auckland with the Prince of Wales.

The 72-year-old, who married Prince Charles in 2005, joined her husband at the Mount Roskill War Memorial Park – which recognises the contribution of troops from the Pacific Island nation of Nieu in the First World War – where they laid a wreath.

The Prince and The Duchess have arrived in Auckland for #RoyalVisitNZ 🇳🇿👋 This is Their Royal Highnesses’s third joint visit to New Zealand, with the last taking place in 2015. Following their time in Auckland, TRH will travel around New Zealand to Bay of Islands, Christchurch and Kaikōura. 📷 Chris Jackson / @ukinnewzealand / Tim Rooke

Charles and Camilla’s visit comes one week after the couple joined other senior members of the royal family for a series of Remembrance Day events and ceremonies, in honour of Britain’s war heroes. Last Saturday, the pair sat alongside Her Majesty the Queen in the royal box at the Royal Albert Hall for the annual Festival of Remembrance.

Honouring the sombre occasion, Camilla opted for a pretty knee-length black dress and wrapped up from the cold air outside in black tights and wore low navy heels.

The following day Prince Charles joined his sons Prince William and Prince Harry at The Cenotaph in London where they each laid a wreath at the iconic war memorial. As Charles carried out his official duties, Camilla stood shoulder to shoulder with the Queen and the Duchess of Cambridge on one of the royal balconies.

In keeping with the other members of the royal family and as a mark of respect on Remembrance Sunday, Camilla dressed in a classic button-up black coat and extravagant feathered hat, with three poppies on her left shoulder.

What do you think of Camilla's outfit? What type of clothes do you like to wear?