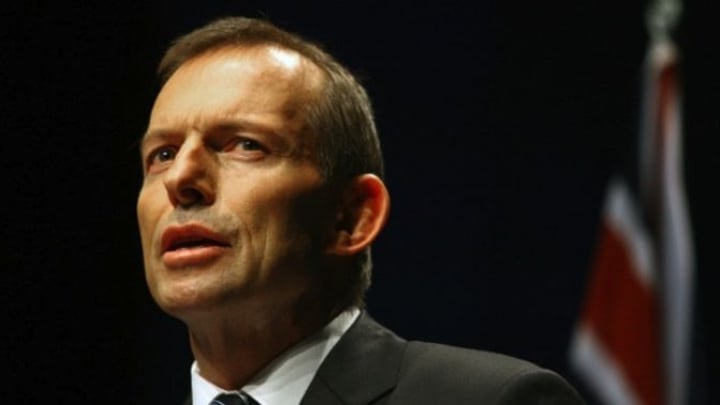 Former prime minister Tony Abbott has called for tighter immigration laws, reminiscent of those seen during John Howard’s time in power, in an effort to ease up pressure on housing and jobs.

According to Australia’s official parliamentary library, the migration program’s planned intake rose from 74,000 to 140,000 per year between 1996 and 2007, when Howard was in power, with the annual rate sitting at around 110,000 for most of that period.

The planned migration intake is the number set annually for the number of migrants Australia is willing to accept, with the number mainly based on skills shortages in the labour force and the granting of family visas that allow Australian passport holders to bring relatives or partners into the country from overseas.

The number of planned migration places rose sharply under Howard successor Kevin Rudd, from 152,800 to more than 190,000 in 2009, but fell after that in response to the impact of the global financial crisis on economy, which led to “a decline in the need for additional skilled labour”.

But Abbott claims they began rising dramatically again in recent years, putting extra pressure on housing availability, and wages.  The official stats bear out his claim. Since 2012, the planned migration intake has sat at 190,000 but according to the Department of Home Affairs statistics, Australia had a net migration intake of 183,608 from 2016-17, coming in under the planned 190,000.

Asked about Jim Molan’s recent senate speech in which Molan called for a reassessment of immigration levels, Abbott said such a move was essential, adding that the program must be run “in Australia’s national interest”.  “Just at the moment we’ve got stagnant wages, unaffordable housing, clogged infrastructure and there is no doubt the rate of immigration impacts on all of these things,” he said.

Referring to official government figures on the rise of immigration numbers over the last few years, he insisted on the show: “That means every five years we are adding – by immigration alone – a city the size of Adelaide to our population. This is a very very high rate of immigration, absolutely unprecedented by historical standards.”

He did insist he is “all in favour of immigration but it has to be the right immigration, under the right circumstances, that’s right for our country, including the recent migrants”. Abbott’s comments echoed those made by Immigration Minister Peter Dutton on the same radio show the week before, when he said Australia needs to reduce the amount of migrants to “where we believe it’s in our national interest”.

Previous increases in the immigration program were due to to the planned intake being “seen as being closely tied to economic growth”, the government’s website says.

Do you think immigration levels should be lowered? Or does it continue to offer enough benefits to Australia’s economy for it to keep increasing?