‘Here we are again’: Could more vaccines have prevented the lockdown? 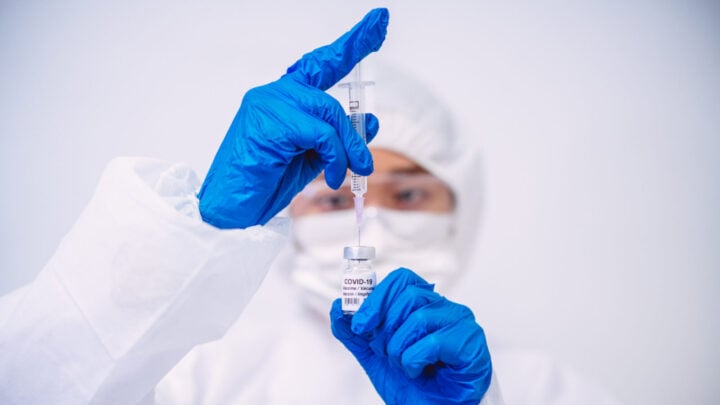 Vaccine hesitancy is high, and rollout is slow - could that be why Melbourne is facing lockdown number four? Source: Getty

As Melbourne faces Day One of its fourth strict lockdown, residents are unsurprisingly infuriated, with many saying the situation could have been avoided if the Australian Government had a better vaccination rollout in place. But could higher levels of vaccination — which lowers the likelihood of being infected by 65 per cent with dose one, and 90 per cent with dose two — have prevented the restrictions?

The slow pace of the rollout has received significant criticism. Government figures currently suggest about 500,000 people have had two doses, or are fully vaccinated, which is only about 2.5 per cent of Australia’s adult population.

While the 2 per cent rate is shocking, startling news surfaced on May 27 that as the outbreak in Melbourne grew, there were nearly 30 aged care homes that still hadn’t received a vaccine. This despite age care residents being considered some of the most vulnerable in the country.

Speaking on Channel 7’s Sunrise program recently, federal health minister Greg Hunt was caught an awkward segment with host Natalie Barr when faced with questions about the vaccine rollout and Victoria’s snap seven-day lockdown, which he described as “highly regrettable but necessary”. Hunt reported that 20 per cent of the Australian adult population had been vaccinated, while Barr said it was 2 per cent.

Both were technically correct with their figures. Hunt was referring to the number of people who have had one dose of a vaccine (currently about 3.6 million), while Barr was referencing to those who had had two doses. Currently, around 20 per cent of the adult population has had one dose — which studies have proved lower the likelihood of being infected by 65 per cent after one dose, and 90 per cent with dose two.

Barr isn’t the only media host to criticise the government’s plan. Host of The Project, Lisa Wilkinson, offered a scathing criticism of the circumstances that led to Victoria’s latest lockdown on the program and slammed the government for “sitting on their hands”. She empathised with Melbournian’s who she said “have every right to feel angry tonight”.

“Every Victorian has the right to feel angry tonight … four lockdowns in the space of 12 months is just untenable,” Wilkinson told the rest of the panel, who film the program live from Melbourne. “Especially when the federal government has been sitting on its hands on this for so long. The confusing messages over the vaccine rollout, the fact they’re not setting up properly to do the mRNA vaccine here in Australia … just one thing after another, and here we are again.”

Fellow panellist Kate Langbroek also took aim at the government, suggesting they’d failed the country when it needed them most.

“How annoying to live in the most over-governed country in the world – or one of – and that when you need government, they just can’t do what they need to do. It’s infuriating,” Langbroek said.

While the rollout has been widely criticised, it’s also important to consider the hesitancy surrounding the vaccine. A recent survey found nearly one-third of Australians don’t intend to get the jab. Many older Aussies in particular, are concerned about the risks associated with the AstraZeneca vaccine, wanting to hold out for alternatives, but could this hesitancy be adding to the low rates of vaccinations?

The survey, an initiative of The Sydney Morning Herald and The Age with research company Resolve Strategic, found doubt surrounding the vaccine is stronger now than it was in February and September 2020, before reports emerged regarding a link between the AstraZeneca jab and blood clots.

According to the findings, 15 per cent of adults surveyed said they were “not at all likely” and 14 per cent “not very likely” to be vaccinated in the months ahead.

“The problem is partly the practical access to vaccines, partly a nervousness about side effects and partly a risk judgement about whether they need to be vaccinated given the low risk right now,” Jim Reed, Resolve Strategic’s director said, The Sydney Morning Herald reported.

South Australian man Dean, 52, who did not want his surname used, told the ABC that he would prefer to wait for Pfizer or Moderna doses, due in Australia towards the end of this year.

“You know if I was living in Delhi right now I’d probably have a totally different attitude but living in South Australia, we haven’t had any major outbreaks since November last year,” he said. “Talking to all my contemporaries who are between 51 and 55, I can’t say any of them have yet rolled up their sleeves and gone and got AstraZeneca.”

The growing hesitancy is a growing concern among the medical community who are warning over-50s not to delay the vaccines, particularly with winter on our doorsteps. Dr Omar Khorshid,  Australian Medical Association (AMA) president, said Australia has an “outstanding record on vaccination, with some of the highest rates of vaccine take-up in the world”, protecting the community from a wide range of serious illness. He said Australians could approach vaccination for Covid-19 with the “same confidence”.

Dr Abrar Chughtai, director of the Master of Infectious Diseases Intelligence (MIDI) program at UNSW Sydney agrees, saying, “Due to slow vaccination, most of the Australian population is still vulnerable. We need to increase the vaccination rate rapidly, otherwise, we will see these stringent measures in future as well.”

Do you think vaccine hesitancy and the slow vaccine rollout to blame for another lockdown? Are you concerned about getting the Covid-19 vaccine?