Draw 4: The economic wildcards to be diced out in the coming weeks 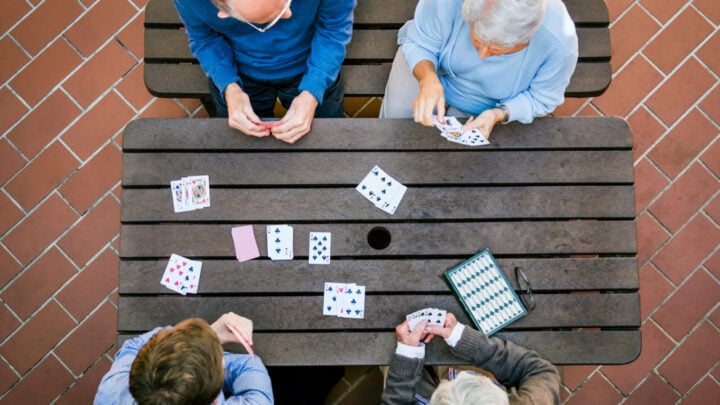 There are four economic wildcards between now and the election, and we know exactly when each will be played.

The first is this Wednesday at 11.30am eastern time, when we get the official update on inflation. We’re likely to see a figure so large it will take many of us back to the 1990s, to a time before anyone under 30 was born.

With the exception of a short-lived blip following the introduction of the goods and services tax in 2000, inflation has scarcely been above 5% since 1990.

After a series of extremely large interest rate hikes in the early 1990s succeeded in taming inflation, it has been close to the Reserve Bank target of 2-3% ever since – so much so that even those of us who remember the 8% inflation of the 1980s and the 18% in the 1970s have come to regard fairly steady prices as normal.

When ABC Vote Compass asked voters to name the issue of most concern to them in the 2016 election, only 3% picked “cost of living”.

Only 4% picked “cost of living” in 2019. With inflation so low it had dropped below the Reserve Bank target band, and a good deal below slow-growing wages, there was nothing much to be concerned about.

Suddenly, the cost of living matters

That was until the last few months. Suddenly, the latest Vote Compass finds “cost of living” is voters’ second biggest concern, behind only climate change.

This election, 13% of voters – one in eight – regard the cost of living as the most important concern of the lot, ahead of accountability, defence, health, education and COVID.

It has happened because prices are climbing like they haven’t in years. The official inflation rate for December (the most recent we’ve got) had prices climbing at an annual rate of 3.5%.

Led by petrol and food, they climbed an awful lot more in the lead-up to March, with the figures to be released on Wednesday likely to show annual inflation approaching 5%.

While that’s some way short of the 6.7% inflation in Canada, the 6.9% in New Zealand, the 7% in the United Kingdom, and the 8.5% in the United States, each of these countries has begun increasing interest rates as a result, some quite aggressively.

A high inflation rate on Wednesday will confirm what the public suspects: that prices really are climbing at a pace without modern precedent, and that for those who rely on wages, it is sending their living standards backwards.

It will also encourage the Reserve Bank to begin to push up interest rates in line with its contemporaries throughout the English-speaking world, eating into the living standards of Australians on mortgages.

That’s when the second election wildcard gets played, next Tuesday May 3, at 2.30pm eastern time, after the Reserve Bank board’s May meeting.

If inflation is especially high, there’s a chance the bank will announce it is pushing up rates, lifting its cash rate from its present all-time low of 0.10% to 0.25% or to 0.50%, and holding an afternoon press conference to explain why.

The increase, and the explanation that it was much higher prices that brought it about, would be crushing for a government campaigning on what it is doing to address the cost of living. It would help Labor, which has made the cost of living a key plank of its campaign.

There ought to be no doubt that if the bank decides it needs to raise rates at its meeting next Tuesday, it will do it then, rather than wait a month until the campaign is over. It pushed up rates during the 2007 campaign, three weeks before John Howard was swept from power.

But if inflation isn’t ultra-high but merely high, and not necessarily sustainably high, the bank is likely to wait for another piece of evidence before acting.

After its last meeting it said it wouldn’t lift rates until it saw “actual evidence” that inflation was “sustainably” within the 2-3% target range.

To get that evidence, the board would need either very high inflation, or evidence that wage growth was high enough to sustain what might otherwise be short-lived high inflation, caused by a spike in the oil price (which has since retreated 16%).

That official word on wages is the third economic wildcard, arriving at 11.30am eastern time on Wednesday May 18, three days before voting day.

High official wage growth in the year to March could make a post-election interest rate hike all but certain, if rates haven’t already gone up ahead of the election.

Continued demonstrably weak wage growth – which is probably more likely – will officially confirm that prices are racing ahead of wages, just before polling day.

Which leads on to the fourth economic wildcard, to be delivered the next day, two days before polling day on Thursday May 19 – about the only piece of economic news ahead that’s likely to play well for the government.

Ultra-low interest rates and massive government stimulus, originally designed to keep people in jobs during COVID but continued beyond that, have delivered an unemployment rate that rounds to 4% but is actually a touch below it at 3.95%, the lowest since November 1974, almost 50 years ago.

There’s every chance the April unemployment rate will be even lower, perhaps the 3.75% the treasury expects later in the year. If it is, the Coalition will deserve and will claim a lot of the credit. Labor will be left to talk about the cost of living.

This article is republished was written by Peter Martin, Visiting Fellow, Crawford School of Public Policy, Australian National University and republished from The Conversation under a Creative Commons license.

Can you guess the 4 wildcards?