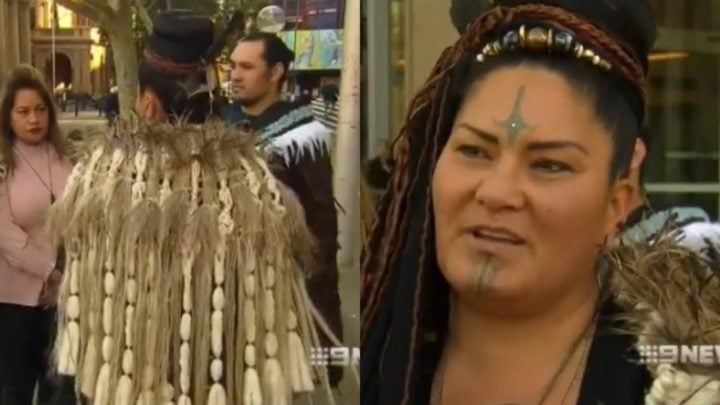 A group of Maori have argued the land belongs to their ancestors. Source: Twitter/9News

A Maori group have sparked a legal battle with Parramatta City Council over a plot of land in Sydney’s west, after claiming the area was gifted to them by Aboriginal people 200 years ago. Now the group have taken the council to court this week in a bid to reclaim the land, they confirmed in a statement.

In the statement, which was shared on the group’s Facebook page Rise Up For Rangihou by a member, the Rangihou people claimed the land was gifted to Maori King Te Riki Kawiti of Aotearoa on November 20, 1811, by King Corrangie of Parramatta. The land now includes parkland, James Ruse Reserve, Robin Thomas Reserve, Rangihou Reserve and a section of the Parramatta river.

The statement continued: “Today in court the Parramatta City Council fell on their sword with their illegal and invalid local government act and… in an attempt to be superior over the Originee people of these lands stating on the court record that they own the land. Gillard, Abbott, and Justice Dowsett confirm that Originee are the land owners and the government are merely trustees.”

Meanwhile, Rangihou leader Lady Crown told 9News in a video shared online on Wednesday: “We are Ngati Rangihou Corrangie Hapu and we are here to reclaim Rangihou land. We want acknowledgement and recognition. We want the history books corrected and compensation for damages of the land.” She continued: “We have the first laws in time. So our laws stand above any other law in the land.”

A little known fight is underway in Parramatta, where a group of Maori people are claiming valuable land was given to them by Aboriginal people 200 years ago. @mr_timdavies #9News pic.twitter.com/z9bnIipJqg

Meanwhile, in a series of photos shared on their Facebook page it seems the group attempted to seize some of the land earlier this year by charging for parking. In one image, a parking rate sign can be seen while other images show group members directing traffic.

Social media users online, however, have since slammed the groups’ claims, with one writing: “Doesn’t matter if they gifted that or not – according to Maori culture they didn’t keep the home fires burning on the land. They lose it.”

Another wrote: “As a Maori woman, I’m embarrassed beyond that which is possible. I’m cringing over here in Adelaide. Whatever claim these people have on the land they need to forfeit.” While a third wrote: “What an absolute joke.”

Meanwhile, another social media user added: “What a load of rubbish. It never was theirs to give away in the first place. They did it in NZ now they are trying the same thing here.” And another commentator wrote: “My god. Freeloaders everywhere demanding free stuff. Seriously.”

However, others have supported the controversial push to reclaim the land, with one commentator writing on social media: “Right on well done.” Another added: “Always will be Originee Land.”

According to the City of Parramatta council’s research, the Rangihou Reserve in Parramatta was used by Maori people in Australia in the early 1800s. “This was mainly due to the support and encouragement of Samuel Marsden who set up a school and farm to be used by his Maori visitors,” the research read. “The site he chose was in the area surrounding the Rangihou Reserve, originally the territory of the Burramattagal clan of the Darug people.”