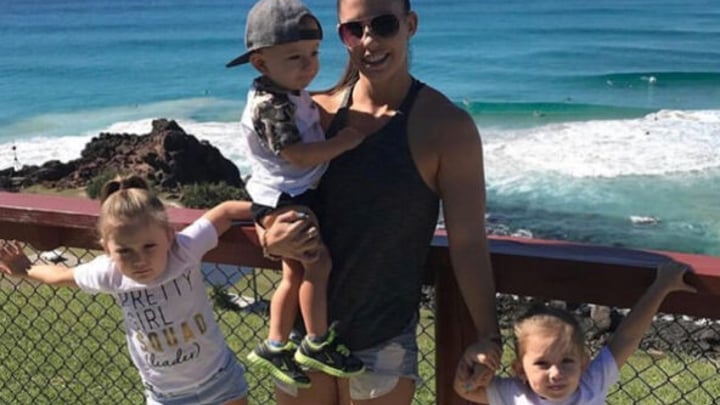 Hannah Clarke’s parents have described how their “lives changed forever” following the deaths of their daughter and three grandchildren, in a heartbreaking victim impact statement.

Sue and Lloyd Clarke delivered the impact statement during the final day of an inquest into the death of Hannah Clarke and her children Aaliyah, Laianah and Trey.

The inquest started on Monday 21, March 2022, two years after Clarke’s estranged husband, Rowan Baxter, allegedly doused the car and the family in petrol before setting it alight on February 19, 2020, killing Clarke and her three children before taking his own life.

Lloyd told the inquest that he hoped “we could give a voice to our daughter Hannah and our grandchildren Aaliyah, Laianah and Trey.”

“We’d hoped that we, along with so many others, would be able to speak for them on their behalf, demand justice, and demand change so that other families may be steered away from the path we have walked the last two years,” he said.

“And we have tried to do that. So we write this statement on behalf of them as much as ourselves, and if they had a voice they would certainly say the same thing we say.”

Lloyd questioned how such a tragedy was able to occur.

“As a society, we also need to ask ourselves why this can happen. Why did Hannah and the children receive no genuine protection. Why does it take the murder of four beautiful souls and dozens of others, every year, before governments respond?” he said.

Sue described through tears how “there is not one part of our lives that has not been affected by their murders.”

“We will never be the same people we were before Hannah, Aaliyah, Laianah and Trey were taken from us.

“What we have suffered cost us so much in every sense of the word. Emotionally, physically, financially, our grief is still continuing.

“We have trouble articulating the emotional and mental impacts of this crime. They are so overwhelming it seems impossible to find the words.

“Not one day has passed without tears, there is no rest, no escape, every single day we spend in the shadow of that moment of what was done to our beautiful angels. We would give anything to be free of those memories and constant thoughts.”

Sue described how their “house once filled with the noise and laughter and chaos of young children is now very quiet.”

“The girls’ room is as they left it that morning two years ago. I can’t bring myself to pack up their toys,” she said.

“Holidays like Christmas and Mother’s Day are almost unbearable.

“The hole in our family is gaping and will never be filled.

“Our hearts break that they were never given the chance to grow, excel and be happy.”

Sue said although the inquest “won’t help us see our grandchildren fulfil their potential” she hopes that it will help others “spot the danger signs in their relationships and their friendships and even in themselves.”

“A better understanding of coercive control won’t change what we have suffered. It won’t bring back the love that’s disappeared from our lives, it won’t allow us to watch Hannah blossom into the strong, compassionate, successful woman she was determined to be,” she said.

“But we do hope that a community that stands up against coercive control will stop others suffering the same fate and we hope it will prevent other parents and families suffering as we have suffered and spending their lives pondering that bewildering, unanswerable question, why.”

The inquest is set to draw to a close Thursday, March 31.