‘It breaks my heart’: Grandmother scammed out of life savings 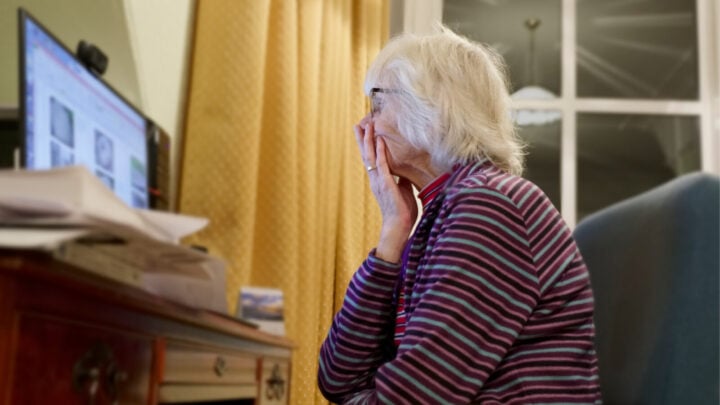 The scam took a heavy toll on Schmuhl who kept the incident from her family. Source: Getty Images.

An elderly US grandmother has fallen victim to a cruel scam that drained her of her life savings after she was convinced that a warrant had been issued for her arrest.

Henriette Schmuhl, 74, lost more than $USD230,000 ($331,000) to scammers who accused the grandmother of money laundering and drug trafficking and that in order to clear her name she was required to deposit hundreds of thousands of dollars into a bank account.

The scam took a heavy toll on Schmuhl who kept the incident from her family.

Schmuhl’s ordeal began when she received a phone call out of the blue from a man claiming to be a federal agent from Homeland Security named Andrew Hall.

“‘I want to let you know there is a warrant out for your arrest.’ What?! I’ve never done anything,” said Schmuhl, as she recalled the initial phone contact.

The individual impersonating the federal agent communicated with Schmuhl via phone and text, later informing her that she required a new social security number.

“‘Before we change your social security number, we’re going to have to move your money out of your accounts to protect you,'” Schmuhl recalled Hall saying.

When Schmuhl voiced her concerns over transferring such large sums of money the alleged scammer was quick to shoot them down.

“‘I’m saving you. I’m helping you out,” she said Hall explained to her.

Over a two-month period Schmuhl converted amounts ranging from $30,000 to $150,000 into Bitcoin and various gift cards.

Schmuhl’s daughter-in-law, Janelle Hutchison said it was heartbreaking to see her mother-in-law lose so much money.

“I know how hard she’s worked her entire life and for that money just to be gone completely, it breaks my heart,” she said.

After informing her family of the incident, the police were alerted and the FBI became involved. The investigation into the matter remains ongoing.

The Australian Competition and Consumer Commission’s (ACCC) Targeting Scams report found that Australians lost over $2 billion to scams in 2021.

ACCC Deputy Chair Delia Rickard said “scammers are the most opportunistic of all criminals”.