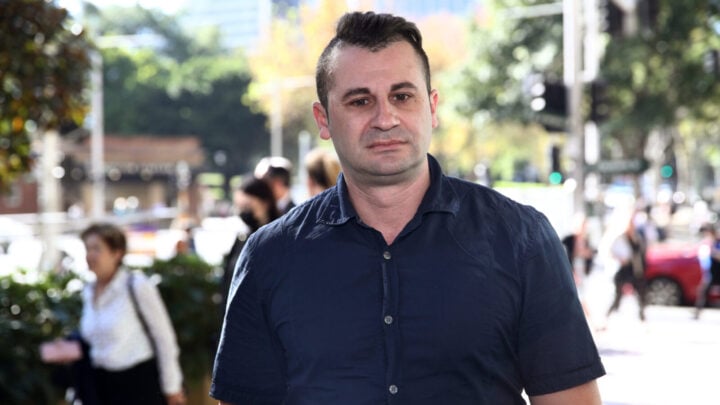 Anthony Koletti claims he is entitled to a share in millions of dollars worth of property, jewellery, artworks and cars. Source: Getty Images.

The husband of missing conwoman Melissa Caddick has claimed he is entitled to a share of the property, cars, jewellery and artwork once owned by the alleged Sydney fraudster that is believed to be worth millions.

On Tuesday, April 19, Anthony Koletti, who married Caddick in 2013, sent a statement to the Federal Court claiming entitlement over a portion of Caddick’s stolen wealth.

The statement also orders that “personal” property including five John Olsen paintings, Caddick’s Gucci wedding dress, a Louis Vuitton watch, and various pieces of jewellery worth more than $95,00 be delivered to Koletti for his “exclusive use”.

Koletti claims his financial contribution to their household from 2017 to 2020 meant he was entitled to two multi-million dollar homes, $2 million of jewellery and clothes, $7 million of shares and proceeds from $360,000 of sold-off cars.

In his statement, Koletti said that the extensive media attention around Caddick’s fraudulent actions and her presumed death has prevented him from securing “gainful employment in his usual trade.”

The statement also highlighted Koletti’s non-financial contributions to the household, such as his duties as a homemaker and using his income to care for Caddick’s son, which indicated he was entitled to a share of his missing wife’s assets.

Koletti’s court filing comes as Caddick’s assets are set to be liquidated to pay back some of the $23 million she allegedly stole from investors.

During an eight-year period, Caddick allegedly stole millions from her clients, who were primarily her family and friends, which she allegedly used to fund a life of luxury. Caddick had allegedly fabricated portfolio statements and created fake accounts to make her clients falsely believe they had invested in shares.

The 49-year-old is presumed to be dead after the remains of her foot were discovered on the NSW South Coast.

While police have previously theorised that Caddick took her own life, a top criminologist has weighed in on the mysterious case with a theory on Caddick’s fate, suggesting that “based on her personality profile I don’t think she’s likely to have committed suicide”.

“It’s possible, at the extreme end of what’s possible, in that what’s been recovered is a foot and medically you can survive without a foot,” Dr Xanthe Mallett told The Daily Mail.

“It wouldn’t be impossible to disappear when you have that much money. As an investigator, I couldn’t rule it out. But what’s possible and likely are two very different things.

Last week the NSW Coroner confirmed a start date for an inquest into Caddick’s disappearance, with the hearing scheduled for September 12 to 26.