For a Boomer, it’s Like Nails Down a Chalkboard 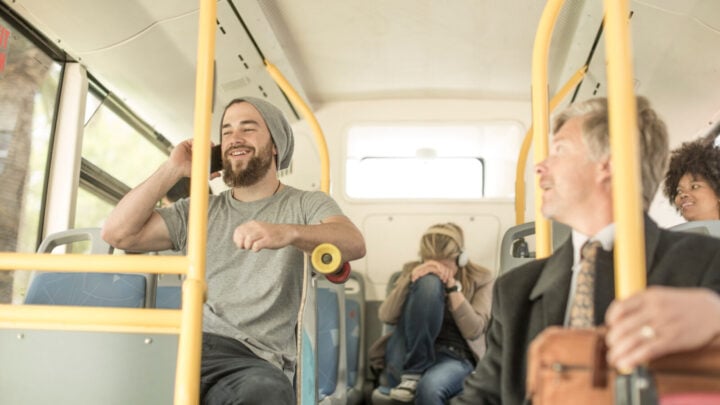 So, this may come as a surprise to some of you…but probably not.

Someone of our vintage complaining about the behaviour of younger members of society and indulging in generational stereotyping.

Don’t worry, I’m well aware that I’m opening myself up to accusations of lazy thinking, ridicule, or worse, especially when the specific target of my ire is such a well-loved part of the new generation’s existence, and I apparently hail from a golden era when things were “so much easier than now.”

And, even if I hadn’t been able to work out the perils of conveying my thoughts in public, there’s no doubt my grown-up children could be relied upon to highlight the perceived flaws in my argument — accompanied by condescending looks of pity and thinly veiled comments about the challenge associated with aging brains.

Mind you, their reaction may not be completely justified, because my views of that generation are predominantly positive. In my humble opinion, and at the risk of upsetting the activists of my own era, the current crop of young adults appears to be the most committed and socially-minded group for several generations. Arguably, even influencing their older travelling companions in time (that’s us) to such an extent, that we might just have a shot at slowing and eventually reversing the mess created by the industrialisation and consumer excesses of the last century. That’s if we let them have the reins soon enough.

But…and there always has to be a ‘but’ doesn’t there? Having magnanimously acknowledged the substantial qualities of the newest generation of young adults, and at the risk of sounding like Statler and Waldorf in the wings at the Muppets’ theatre, there is one behavioural characteristic associated with too many in this generation which grates badly. Especially for those of us with half a dozen or more decades under our ever-expanding belts.

I’m talking about the habit of indulging in video communications in public. And, yes, I know for many people, me included, it’s a perfectly acceptable and indeed critical form of communication. During the recent pandemic, for instance, it has been a literal life and sanity saver for many who have been separated from families, friends and networks. But, like many innovations, that helpful technology is designed to be experienced at the appropriate time and in the appropriate place. In the case of video that would be pretty much anywhere which doesn’t impinge on someone else’s privacy, like your office, your living room or your study. Unfortunately, with the easy availability of devices, mobile or wifi signals, in reality, that turns out to be almost everywhere. Which, at last, gets to the heart of my issue. Time to let it rip.

As a parent, I do know it’s healthy for young people to be able to voice their feelings. I also know it’s important as they grow into adulthood to have a sense of self. And, even though I’m a man, I know emotions shouldn’t be bottled up. But I wonder if we really need to hear what those young people are thinking first thing in the morning on the ferry?  Do we all need to understand the labyrinthine and sordid details of Cassandra’s break-up with Brad?  Should we all be treated to a sordid exposition by one of the 18 million Australian smartphone users all the way to Circular Quay?

Let’s face it, my fellow travellers and I haven’t asked to be invited into their lives; we don’t want to hear what they are thinking as we prepare for our day, and we definitely don’t need to see the whole big brother-like drama played out on their screen 2 rows in front of us. Seriously, have they never heard of earphones? And no, sotto voce is not an Italian pasta they’ve never heard of, it’s the voice we’d like them to use when they’re allowed out in public. Remember when mum or dad told you to use your ‘inside voice’, kids?

Maybe we should send them to ride on the London underground, where even the loud folding of the morning paper can attract stares from bespectacled bankers that would stop the average commuter in their tracks.  That would certainly challenge their apparently self-proclaimed right to invade our mental space anytime, anywhere and at any volume they choose.

I’m afraid I have some bad news for them, for Cassandra and for all the other clamouring sharers of their lives. The rest of us don’t give a damn about their disturbing dramatics and, what’s more, we’d really appreciate it if they would keep their uninteresting insights to themselves—or at least below the 95-decibel level of a revving motorbike, so we can limit the damage to our ears.  Unfortunately, now that I and my fellow travellers know what we do about Cassandra and Brad, our minds will take longer to heal.

But then again, maybe it’s only me?

Steve Willis is the author of the memoir Europe Over the Handlebars – a nostalgic look at travelling through Europe in the Eighties when all you needed was an Atlas, a Walkman and a payphone.