Foam curlers, heated rollers and the smell of a home perm 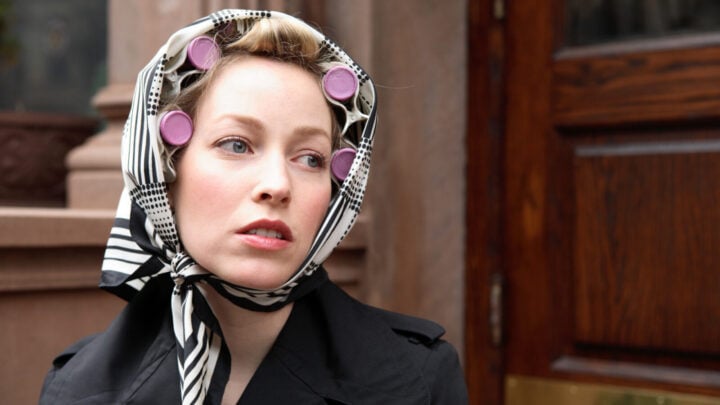 This blogger remembers what it was like to do your hair in the 60s and 70s, aiming to achieve that Farah Fawcett look. Source: Getty

I can clearly remember the great excitement when one of my older sisters would get ready for a Saturday night date. Freshly washed hair would be either set in pink foam rollers which she’d sleep in, or in plastic rollers which would require her to sit under a hair dryer – a peculiar thing with a blow-up floral plastic cap fitted over her head and a tube attached to a device which blew hot hair. There would be great excitement when the hair was taken out of the rollers and brushed and teased into a style with a special comb. Then it would be sprayed with hair spray which smelt harsh and would turn the hair into what felt like concrete.

The other sister would want a Toni home perm. Mum would buy the packet and read the instructions carefully. The smell was awful, yet we spent hours waiting for the results which would turn my sister into the lady on the packet. Lots of rinses with a jug leaning over the kitchen sink. However, they would never quite work. Some parts would be frizzy and others wouldn’t hold the curl. I can remember my sister having a temper tantrum and stamping in rage over a very bad attempt which made her look like she had an afro.

I was coerced into setting mum’s hair with plastic rollers. I was quite good at it, but as we all had dead straight hair, it was fighting nature entirely. But mum would sit in the sun afterwards with a cuppa and a scarf tied over her head while it dried. Occasionally we would see women at the shops with a scarf tied over their rollers. Some women slept in them, I tried it once and decided that if beauty required torture, then I was going to pass on it.

And then there was the miracle of the heated rollers. I can still remember the smell of them warming up in their little plastic box. They had wire prods that held them in place. Pity help you if your hair got caught up in them as it would tear it out by the roots. Anyway, I mastered them and found them quite convenient, except when very hot and howls of pain meant I was burning my poor tender scalp. When the Farah Fawcett flick style came into vogue I was quite good at replicating the look, however, with dead straight hair, it would only last an hour or so.

Looking back at the ways we managed our hair in the sixties and seventies, I have to smile. It was a far cry from the styles we achieve in a salon these days, where a hair roller has been taken over by straighteners and blow dryers.

For one I am glad I will never have to sleep in prickly plastic rollers ever again. So much easier to manage my nanna bob with a blowdryer and brush.