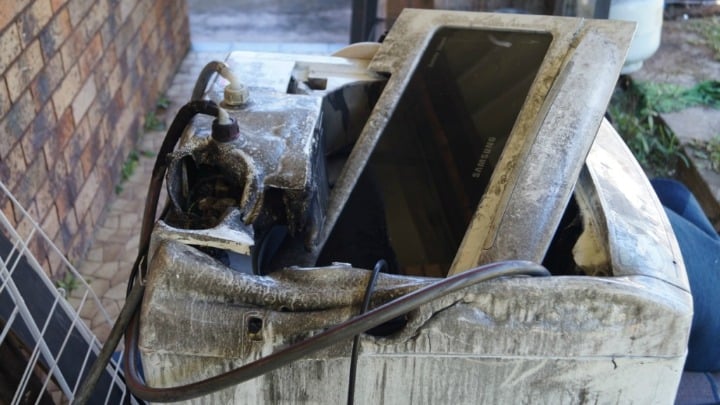 Last year, there was a mass recall of deadly Samsung washing machines.

Now, in a last-ditch effort to protect thousands of households from potential firebomb washing machines, consumer safety authorities have taken over efforts to reach owners that Samsung has failed to contact after more than three years.

There have been more than 300 “incidents” involving faulty Samsung washing machines including at least 87 fires.

While more than 110,000 appliances have been repaired or replaced, about 30,000 are still lurking in homes, childcare centres and other businesses.

In a bid to warn the owners of those machines, consumer safety and energy regulators recently agreed to run a trial cross-referencing names on Samsung’s warranty databases against those in rental bond and energy account indexes.

The trial — the first of its kind in the country — involves 3800 customers in Western Australia, where the recall has been least successful. Only 63 per cent of machines there have been rendered safe, compared to up to 89 per cent elsewhere.

The aim is to find owners who have moved since buying their Samsung washer. In a letter from WA’s acting consumer protection commissioner David Hillyard, owners are asked if they still have their machine and whether it has been fixed.

“If the trial works here then other regulators will do the same,” Mr Hillyard told News Corp Australia yesterday.

About 30 of the more than 300 incidents with recalled machines occurred after they were supposedly fixed by a technician.

NSW Fair Trading, which is leading the national recall, yesterday revealed for the first time they did not know if the plastic-bag-and-tape repair worked.

Australian Competition and Consumer Commission chairman Rod Sims and WA’s Mr Hillyard were both surprised to learn NSW had not tested the “rework”.

“I’ve never heard before that NSW haven’t done any testing,” Mr Sims said.
A group of owners led by Tarnya Allen and Di Fisher commissioned their own expert testing and found the fix was deficient.

Nationally 1500-2000 consumers per month who’ve had the rework are requesting a refund or replacement, suggesting a lack of confidence in the repair.

Samsung stands by the fix, blaming post-rework problems on the technicians who did the repairs. The recalled models are:
• SW75V9WIP/XSA

For more information go to www.samsung.com/au/washingmachinerecall or call the Samsung hotline: 1800 239 655.

Are you one of those affected? Spread the word!