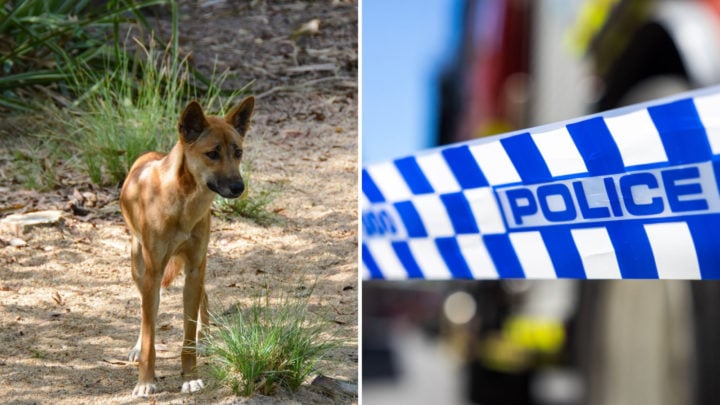 The parents of a 14-month-old who was dragged from his family's campervan and attacked by a dingo have broken their silence, giving an update on their son's condition. Source: Pixabay/Getty (Stock images used)

The parents of a toddler who was dragged from his family’s campervan by a dingo and attacked on Fraser Island in south-east Queensland have given an update on their son’s condition.

It was originally reported that the 14-month-old boy suffered two deep cuts to the back of his neck and minor cuts to the scalp after the attack on Thursday evening. The boy’s parents had reportedly been sleeping when two dingoes entered their campervan and snatched the toddler. The parents were alerted to their son’s screams and were able to fight off the dingo that was attacking him.

An RACQ LifeFlight Rescue helicopter was sent to the island at 12.40am and the boy and his parents were flown to Hervey Bay Hospital.

According to a report by 7 News, the boy also suffered a fractured skull during the dingo attack and remains in hospital. Following initial surgery for his injuries, the boy underwent another operation.

“Our son is doing well and in a stable condition,” his parents said in a statement to 7 News. “He has suffered multiple puncture wounds to his neck and skull and is also being treated for a fracture to his skull.”

Meanwhile, 7 News Brisbane exclusively revealed on Saturday evening that the number of rangers on duty on Fraser Island will increase by 50 per cent following the recent attack. The animals responsible for the attack are yet to be found but if located, could be destroyed. This is despite protest from activists who believe the dingoes that inhabit Fraser Island should be left alone.

“We can’t lose the dingoes on the island,” Cheryl Bryant from Save Fraser Island Dingoes told 7 News Brisbane. “A cull would decimate the population.”

“We need to respect that dingoes are part of the Fraser Island ecology but at the same time, we cannot tolerate rogue dingoes taking human beings,” he said.

The latest dingo attack brings 2019’s total on Fraser Island to three. Ben Du Toit from the Queensland Ambulance Service, who was first on the scene to provide medical first aid, also confirmed to Nine News that the boy’s parents did everything right when it came to the attack on their son.

“They weren’t at fault in any way. From the dad’s description, everything was shut up tight and light when they went to bed,” he said. “The parents were under control. They did an amazing job. They stemmed the bleeding to a large extent and did all the basic first aid things.”

Many Starts at 60 readers also blamed humans for the increase in attacks.

One person wrote: “The only reason this happens is because stupid ignorant people feed them.”

A third added: “They have destroyed the dingoes’ food sources to make way for tourists. The dingoes are starving. Dingoes are shy and would avoid people if they had enough food.”

Have you been following this story? Have you ever spotted a dingo in the wild?