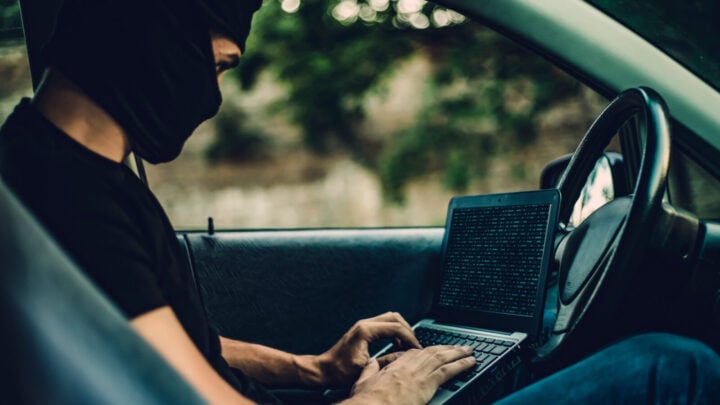 Australians have already lost more than $288,000 to vehicle scams in the first quarter of this year. Source: Getty

Aussies are being warned to be on the lookout for a new hoax where scammers target second-hand car sales websites pretending to be defence force personnel. The goal is to con people out of thousands by playing up the trustworthy authority-figure angle.

The Australian Competition and Consumer Commission (ACCC) released a statement on Tuesday revealing that Australians have already lost more than $288,000 to vehicle scams in the first quarter of this year, which is more than all losses reported to Scamwatch in 2019.

The consumer and competition watchdog is warning consumers of the increase in vehicle scams, with more than $1 million lost in 2020. The most common hoax involves scammers posting fake online listings for vehicles at well below market value, luring buyers looking for a good deal on a second-hand car. The scammers seek payment to secure the car but never deliver. Sites such as Facebook Marketplace, Autotrader, Car Sales, Cars Guide and Gumtree are the most commonly affected by such scams.

While vehicle scams have been an ongoing issue, the ACCC says 97 per cent of reports received this year have involved a new technique in which the scammers pretend to be defence personnel. In the scams reported, the seller claims to be in the navy, army or air force, or work for the Department of Defence, and needs to urgently sell their vehicle prior to deployment. The urgency, low selling price and lack of inspection are then easily explained by the scammer, and buyers may feel rushed to make a decision or risk missing out on the bargain.

Delia Rickard, ACCC deputy chair, said they were working to raise awareness of the scams in order to protect vulnerable people. She said there were a few key warning signs that people should watch out for, including being asked for payment before an inspection and a “too good to be true” price.

“We want to raise awareness of these scams to reduce the number of people who may be vulnerable to them,” she said. “A price that is too good to be true should be a warning sign for potential buyers. If a classified ad offers a vehicle at a very low price, the ad might not be legitimate. For example, one Scamwatch report noted a listing that advertised a car for nearly $10,000 below its market value to entice buyers looking for a bargain.

“If the seller claims to be unavailable and insists on payment before meeting the buyer or allowing them to pick up their new car, this should raise suspicions. It is relatively common for scammers to claim that they are travelling or moving away to avoid meeting buyers before payment.

“Always try to inspect the vehicle before purchase and avoid unusual payment methods. If you have any doubts, do not go ahead with the deal.”

The ACCC said email addresses that do not bear the legitimate the defence email format of @defence.gov.au may be an indication of a scam, but even the correct email format does not guarantee the car ad is not a hoax, as scammers are able to spoof email addresses. Some examples of fake Department of Defence emails that have been used in recent vehicle scams include @airforce-raaf.org, @royal-australian-defence-gov.com and [email protected]

Rickard said that more than 80 per cent of people who reported vehicle scams managed to avoid losing money by identifying the scam early. “We encourage consumers to trust their instincts. If something seems too good to be true, it probably is,” she said.

If you have been the victim of a scam, contact your bank as soon as possible and contact the platform on which you were scammed to inform them of the circumstances. More information on scams is available on the Scamwatch website, including how to make a report and where to get help.

Have you - or someone you know - ever been scammed out of a substantial amount of money?