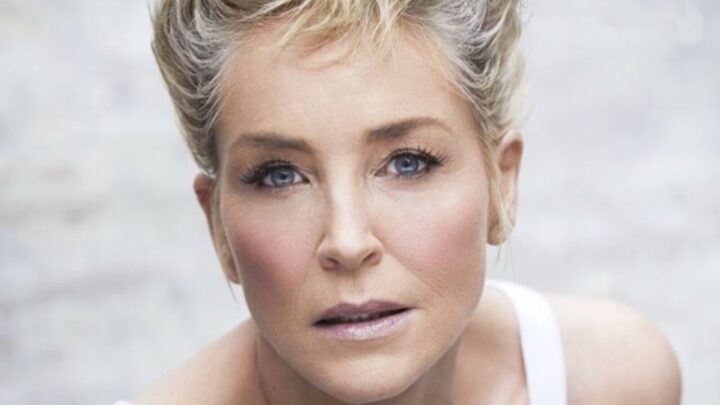 Sharon Stone revealed to Vogue Arabia that a former flame broke up with her when she refused to get botox. Source: Instagram @sharonstone

Blonde bombshell Sharon Stone is getting honest about ageing, giving her two cents on cosmetic procedures as she graces the cover of Vogue Arabia’s September issue.

No topic was off the table as the 64-year-old Basic Instinct star got candid about how she was once rejected by a younger partner after she refused to get botox.

According to Stone, the man had asked her if she used botox, to which she replied: “It would probably be really good for your ego and mine if I did.”

Their relationship ended soon after that interaction, as Stone explained the man “wasn’t interested” in seeing her anymore.

“If you don’t see me for more than that, you’ll please find your way to the exit,” she said.

Stone didn’t always have a strong stance against cosmetic procedures, confessing that she once dabbled in botox and skin rejuvenation treatments in the past until she stopped after suffering a near-fatal brain aneurysm back in 2001.

“There were periods in the super fame when I got Botox and filler and stuff,” she told the magazine.

“And then I had this massive stroke and a nine-day brain hemorrhage and I had to have over 300 shots of Botox and filler to make the one side of my face come up again.”

The Golden Globe award-winning actress explained how her stroke completely shifted her views on botox, saying that it made her realise these procedures went from being a “cute luxury to some kind of massive, painful neurological need.”

Stone’s cosmetic nightmare doesn’t end there. After undergoing surgery to remove benign tumours the actress woke up and found her breasts had been enlarged without her consent because her doctor thought she “would look better with bigger, ‘better’ boobs”.

“When I was unbandaged, I discovered that I had a full cup-size bigger breasts, ones that he said ‘go better with your hip size’,” Stone told The Times.

“He had changed my body without my knowledge or consent.”

Since then Stone has held a firm view against cosmetic procedures and insists she hasn’t gone under the knife since.

“I can’t tell you how many doctors try to sell me a facelift. I’ve even gone as far as having someone talk me into it, but when I went over and looked at pictures of myself, I thought, what are they going to lift?” she said.

“Yes, I have come close – but frankly, I think that in the art of aging well there’s this sexuality to having those imperfections. It’s sensual.”