‘The original Martha Stewart’, star of ‘In a Lonely Place’, dies aged 98 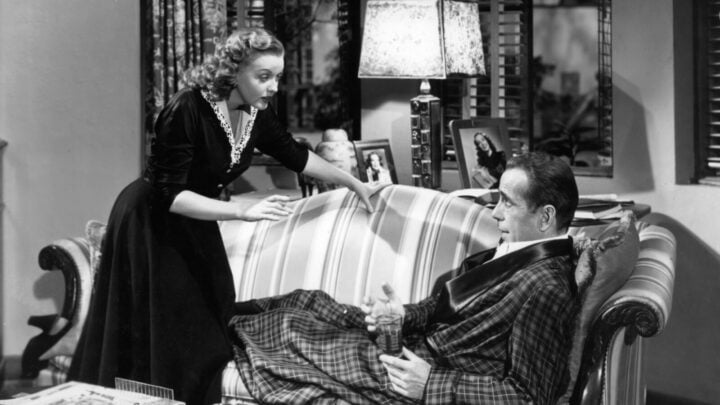 Martha Stewart and Humphrey Bogart in a scene from the film 'In a Lonely Place'. Source: Getty

Martha Stewart, the actress who starred opposite Hollywood legends including Humphrey Bogart and Joan Crawford, has died. She was 98.

Stewart died on February 17, her daughter, Colleen Shelley, confirmed in a Twitter post last Friday, in which she called her “the original Martha Stewart”.

“She had a new part to play in a movie with all her heavenly friends,” she tweeted. “She went off peacefully, surrounded by her family and cat. She had a good run. Fare thee well Mommy [sic].”

In a follow-up post, Shelley wrote, “It was very hard to watch her go and struggle to die but I know in my heart she was ready to go.”

The original Martha Stewart left us yesterday. She had a new part to play in a movie with all her heavenly friends. She went off peacefully surrounded by her family and cat.
Martha Ruth Haworth aka Martha Stewart
10-07-1922 – 02-17-2021 she had a good run.
Fare thee well Mommy pic.twitter.com/sVnVx7arIA

Stewart starred in several successful Hollywood films in the 1940s and ’50s such as Daisy Kenyon and In a Lonely Place. Her other movies included 1948’s Are You with It? and 1950’s Convicted, which starred Glenn Ford and Broderick Crawford.

Fans of Stewart’s have since taken to social media to pay their respects, with Twitter user @NitrateDiva writing, “Sad to hear that classic Hollywood actress Martha Stewart has died at 98. Her ill-starred hatcheck girl, Mildred Atkinson, in [Nicholas] Ray’s In a Lonely Place is so weird and perfect, goofy, painfully enthusiastic, and ultimately poignant. RIP.”

And @1940sweddingdre added, “And very sad the lovely #MarthaStewart actress & singer has passed. Have tweeted my appreciation often! LOVE her in #DaisyKenyon Very bummed! But she was 98. A long life! This fan will miss you!”

While another user @_daisykenyon commented, “Martha Stewart played one of my favorite [sic] characters, [Mary] Angelus, in my favorite movie. Such a small part, but such an important part of the movie for me, and Daisy, for that matter. Rest in peace, angel.”

Do you have a message for Martha Stewart's family?