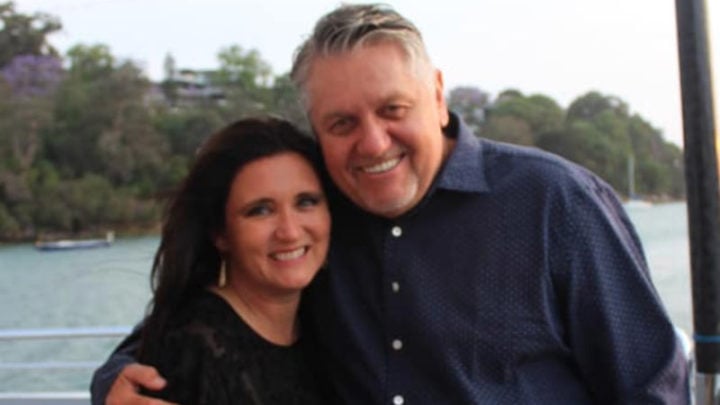 Radio presenter Ray Hadley revealed some happy news this weekend, confirming he is set to tie the knot with his girlfriend of almost two years Sophie Baird. The 2GB star confirmed the news on Sunday, having popped the all important question last month.

The couple, who have worked together since 2017 and began dating in early 2018, have already set a date for the big day and will say their vows on June 27 2020 at the Mt White restaurant Saddles.

Speaking to the Daily Telegraph, Ray shared the details of the romantic proposal, with Sophie admitting that he caught her completely by surprise with his offer of marriage.

“It was about four o’clock in the afternoon and I was about to head off to call the rugby league grand final,” Ray told the news outlet. “Sophie wasn’t coming, and I said to her ‘Are you happy?’ and she said ‘Yeah, I’m really happy’ and then I said ‘Well do you want to get married?’”

“She’s changed my life.”Congratulations Ray and Sophie on their engagement! 🤵👰

Posted by The Ray Hadley Morning Show on Saturday, 16 November 2019

The couple were flooded with hundreds of messages from well-wishers on Sunday morning, with more than 500 people commenting on a sweet image of the couple on the ‘Ray Hadley Morning Show’ Facebook page.

“Congratulations Ray & Sophie on your engagement. Wish both of you every happiness,” one person commented.

Another wrote: “Congratulations Ray and Sophie, hope you have many, many years of happiness together. So lovely to see marriage is still important to some people.”

While another commented: ” Congratulations Ray and Sophie! We wish you both love and happiness! You are so gorgeous together and deserve the best.”

The happy news comes after a tumultuous year for Hadley, who was forced off air in September after falling seriously ill. He shocked viewers on September 2 when he stopped his show mid-way through and explained to listeners that he had to say goodbye for the day due to an ongoing medical condition.

It was later revealed that Ray was suffering from another painful bout of diverticulitis, a condition which sees small pockets called diverticula appearing in the wall of the bowel. People with the condition can experience a range of symptoms including abdominal pain, fever, nausea and a change in bowel habits.

He has since returned to the airwaves though and previously revealed he has his specialist to thank for recognising his condition and beginning treatment so swiftly.

. “All of a sudden I felt disoriented, I felt confused, I didn’t know what I was saying and I removed myself from the radio program,” he explained to his listeners at the time.

“[My specialist] started treating it immediately. The outcome for me was wonderful. I was out of hospital by Saturday and returned to work on Monday.”

Do you have a message of congratulations for Ray and Sophie?