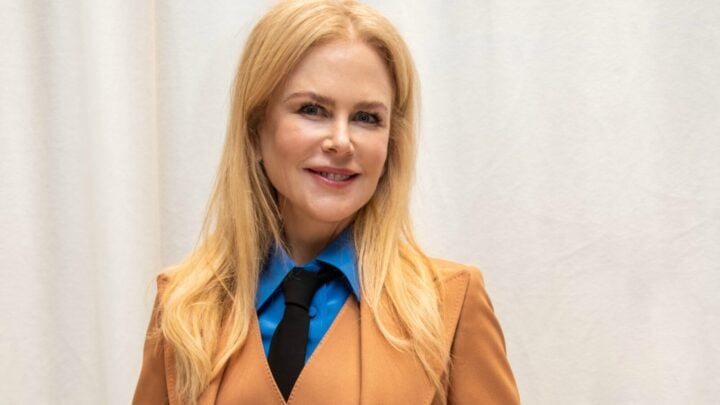 Nicole Kidman has opened up on what terrifies her most. Source: Getty.

She may be one of Hollywood’s biggest stars, but Nicole Kidman has suffered her fair share of heartbreak and pain over the years, which she says has deeply affected her and left her scarred.

Speaking to The Sydney Morning Herald, the Aussie actress opened up on the sudden deaths of several close family members and friends, including her father, Antony, who passed away in 2014 after suffering a sudden heart attack in a restaurant in Singapore and brother-in-law Angus Hawley, who was married to her sister Antonia from 1996 to 2007.

“I’ve been given death as a very sudden thing,” she told the publication. “I’ve not nursed someone through a slow death, I’ve just had people taken. Stanley [Kubrick], my friend Robert McCann [in 2005], my father [in 2014] and my brother-in-law [Angus Hawley, in 2015]… we’ve just had people that one minute are here, and then gone.

“I’ve now had it happen repeatedly, I almost get scared saying it because I get terrified it’s going to happen again.”

The 53-year-old continued: “It’s made me unbelievably [uncertain] in the world where I go… there’s an instability to the ground and to what’s here. Everything can be taken tomorrow. So that’s what I operate from.”

It comes after The Daily Telegraph reported the Moulin Rouge! star, who’s been living in Byron Bay while film her latest miniseries Nine Perfect Strangers, also made the move back to Australia to be closer to her mum who has a cardiac condition.

And it comes just a few weeks after Nicole wowed fans with one of her most natural magazine shoots to date, sporting her gorgeous curls in a photoshoot with Marie Claire.

In the photos shared to Nicole’s Instagram page, the actress looked simply stunning, sporting a range of different outfits from a flowing black dress to a smart white pantsuit and a sheer black and gold frock. Looking every bit the model, she posed elegantly in front of the camera, showing off her true beauty and features in absolute confidence.

In the cover image, she looked side on to the camera, with her beautiful blonde curls flowing behind her, while in another she wore a blue, long-sleeve frock and crouched down on the ground like she was ready to jump up and run.

But what had people really talking was her incredible hair — which she hasn’t shown off for some time now, instead choosing to opt for a more sleek look.

“I do love your hair curly,” @kelkelhensley wrote on the post. “When I was young it was actually you who helped me accept my curly hair. You made curly hair beautiful.”

“Wow! Looking as beautiful as ever,” fellow Aussie actress Teresa Palmer said. While @ourfamilywanderings wrote: “I totally thought you were sharing throwback photos! Your hair is amazing!”