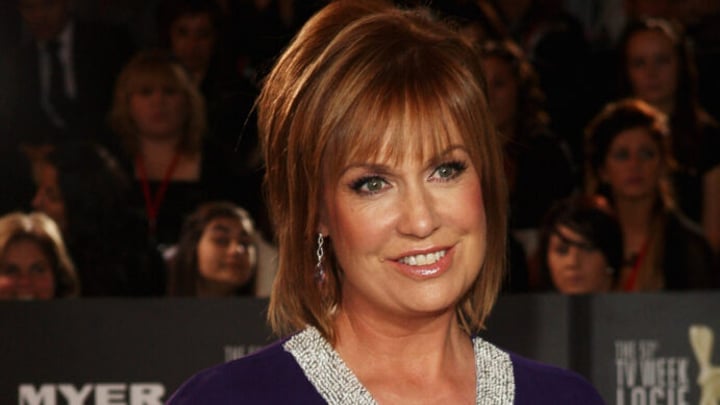 After an incredible 17 years behind the desk of A Current Affair, Tracy Grimshaw used the closing moments of the show’s Monday broadcast to announce to loyal viewers that she would be stepping away from her hosting duties.

Grimshaw, 62, no doubt shocked fans with the announcement, explaining that she made the choice to step down and wasn’t “being shoved out the door by the boys club” because she was “too old”.

“Thank you for your loyalty. I hope I’ve repaid it.”

From the bottom of our hearts, we thank you for gracing our screens.

The Walkley Award-winning journalist began presenting for A Current Affair in 2006, where only a few months into the role she covered the rescue of the two miners in Beaconsfield, Brant Webb and Todd Russell.

Following the announcement, Nine’s Director of News and Current Affairs, Darren Wick, revealed that Grimshaw’s departure from A Current Affair has generated “mixed feelings of joy and sadness” for those close to her.

Similar sentiments were felt across the nation as a number of public figures, colleagues, and fans conveyed not only their dismay that Grimshaw would soon be missing from their screens but also reflected on her career and wish her the best for her future.

Today show host, Karl Stefanovic, was entirely unaware that Grimshaw was planning to retire telling viewers that he “had the great fortune of working with her for a year and she was exceptional”.

“I learned so much in that year,” he said.

“She’s been a shift worker for 26 years, starting with the early wake-up calls for the Today show. She was host for nine years before becoming the anchor of A Current Affair in 2006.

“Her last shift will be in November behind that iconic desk. Tracy Grimshaw, you deserve a rest.”

“She is going to be hard to replace,” Martin told 2GB.

When I started at Channel 9 in Bendigo St, Richmond in the late 80s, Tracy was my desk mate. She was great then. She is great now. Love that woman. Well played, Tracy. I send hugs and applause. #TracyGrimshaw https://t.co/3FiLuqb33h

Australian author and radio personality Peter FitzSimons cited one of Grimshaw’s interviews with former Prime Minister Scott Morrison as a testament to her journalistic skill.

Tracy Grimshaw announces her retirement. In terms of sheer impact, this one, just before the last election was right up there. Go well, Tracy. https://t.co/onYcjWBv6u

Media Watch’s Paul Barry called Grimshaw “a class act” and expressed that “she will be missed”.

It’s a tough job to host @ACurrentAffair9 and keep your credibility but @tracygrimshaw did it. A class act. She will be missed.

‘Tracy Grimshaw to depart A Current Affair after 17 years on air’ https://t.co/Q6qZowZxsc

Messages of support were not just confined to media heavyweights with loyal viewers across the country also sending their well wishes to Grimshaw.

God love ya Tracy! Despite what some people think, you do ask questions that other journalists are too scared to. Good luck with whatever you decide to do next!

Such a delight Tracy. Hope you enjoy your well earned long break & we see you on our screens interviewing on 60 minutes in the future ❤️

Congratulations on a stellar career, @tracygrimshaw. Enjoy your freedom from the daily deadlines.

Overwhelmed by the touching response she received from the public, Grimshaw took to her own social media to thank her loyal viewers for their kind words.

“Thankyou for such lovely messages about my news last night re stepping down from @ACurrentAffair9,” she wrote.

“I’d thought to reply to everyone but I’m overwhelmed by numbers, so resorting to this. Sincerely thankyou. Its a lovely way to bow out (in November).”