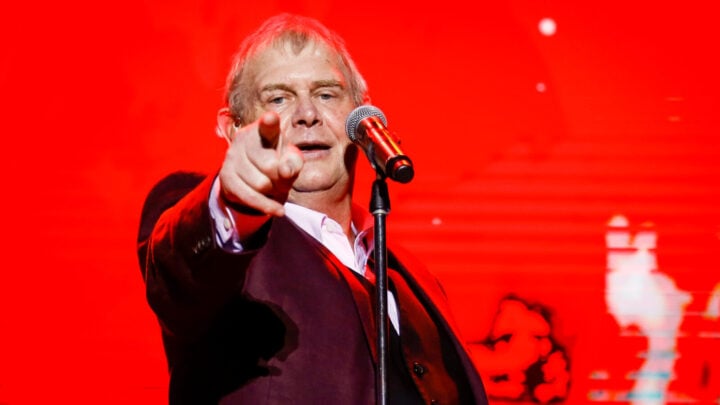 Despite his recent trials and tribulations, Farnham is looking forward to getting "back home to his dog" and "his own bed". Source: Getty Images.

The sons of legendary Australian musician, John Farnham, have revealed that the “future looks bright and not dreary” for the entertainment icon as he continues his road to recovery following surgery and treatment for cancer.

Farnham’s sons, Robert and James, recently spoke to A Current Affair where they opened up about their father’s diagnosis and how his recovery is progressing while thanking the public for their support during a difficult time.

“It was beautiful to see the amazing messages. It’s a strange thing, everyone just feels that they are a part of it if that makes any sense. But it’s a good feeling,” Robert said.

Farnham was admitted to hospital in Victoria on August 23 for “surgery and ongoing treatment” after doctors discovered “a cancerous growth”.

At the time, Farnham issued a statement where he expressed his gratitude for having “the best specialist healthcare professionals in Victoria”.

“Cancer diagnosis is something that so many people face every single day, and countless others have walked this path before me,” he said.

Following a “successful” surgery that took a marathon 12 hours, it was announced that Farnham was in a stable condition and on the road to recovery.

Farnham’s wife, Jill, provided an update at the time where she revealed her husband was in “a stable condition in ICU”.

“The cancer tumour was located in his mouth and it has been successfully removed. There is still a long road of recovery and healing ahead of us, but we know John is up for that task,” she said.

Robert has now revealed that although the surgery “was hectic” and “pretty hairy”, their father is “almost back to his normal self, just dropping jokes all the time”.

“The nurse teams come in and it’s new people, a new audience. He’s a performer at heart and he’s always trying to make people laugh, which is just who he is,” he said.

Although things are beginning to look up for the You’re The Voice hitmaker in regard to his health, at the time of his diagnosis the pair revealed that the news was “terrifying” while discussing how Farnham discovered he had cancer.

“He was having trouble sleeping,” James said.

“He likes to sleep on his side and he had a lump on his cheek.

“So then mum noticed it too and made him go to the dentist and (he) had it checked. The dentist noticed it and referred him to someone who knew more about it.”

“He just thought it was an ulcer and it turned out to be cancerous. It’s just terrifying,” Robert added.

Despite his recent trials and tribulations, Farnham is looking forward to getting “back home to his dog” and “his own bed”.

“The future looks bright and not dreary and we can’t thank people enough for that. The general public it’s just been amazing. We appreciate it, for sure.”

Farnham is widely considered one of Australia’s most popular performers and is known for his highly successful 1986 album Whispering Jack which became the biggest-selling Australian album of all time by a local artist and held the top spot on the charts for 25 weeks. In the same year his solo single You’re the Voice also reached the number one spot.

Farnham’s talent and musical success have seen him recognised with 19 ARIA awards, and an induction into the ARIA Hall of Fame in 2003. He also spent five years in a row as the King of Pop as voted by TV Week readers.