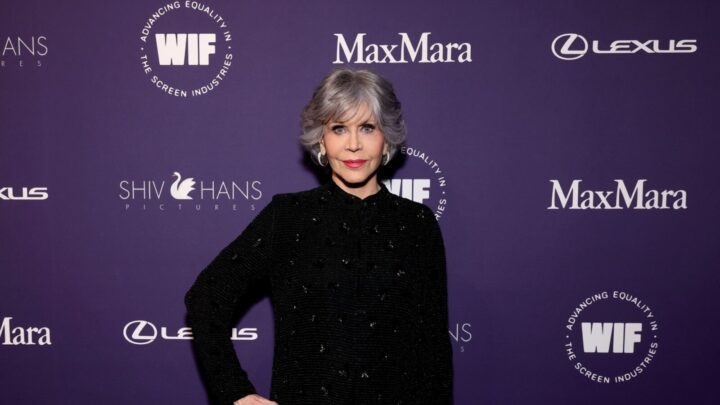 Jane Fonda has many strings to her bow– achieving success as an actress, activist, and fitness enthusiast– but according to her, being an “icon” doesn’t make the list.

Speaking in her internet interview Happy Hour with Jane Fonda, the 84-year-old Hollywood actress opened up about her true feelings in regard to being called an “icon,” sharing that she’s often “reluctant” to refer to herself as one.

In the short clip shared on her Instagram page, the Grace and Frankie star was asked if she considered herself an icon, to which she nonchalantly responded with “who cares?”

“When I’m at night sitting on my toilet do I feel like an icon? No,” she explained.

“But people tell me I’m an icon, I’ll take it, I’ve been called worse.”

However, fans of the actress were quick to flock to her comment section to remind her that she is, indeed an icon.

“Icon 100. Thank you for always acting on behalf of the greater good Jane. Your legacy and commitment to doing the right thing are incomparable,” one fan wrote.

“You are a legend.  You’re showing us the way. Leading. So many celebrities are staying utterly quiet. Thank you for speaking up and speaking out. You’re a badass icon.”

“That’s why you are an icon. Always fighting the good fight when you could have been a pampered princess all your life. You are inspiring.”

Her mini interview comes after Fonda revealed to her legion of fans that she had been diagnosed with non-Hodgkin’s Lymphoma and will be undergoing chemotherapy to help battle the cancer.

“So, my dear friends, I have something personal I want to share. I’ve been diagnosed with non-Hodgkin’s Lymphoma and have started chemo treatments,”  she shared on social media

Fonda explained that she will be undergoing chemotherapy for six months and was handling the treatment “quite well”, adding that she “will not let any of this interfere” with her activism efforts around climate change.

This isn’t the first time Fonda has been diagnosed with cancer. Back in 2010, she underwent a lumpectomy after being diagnosed with breast cancer, in 2018 she had a cancerous growth removed from her lip, and more recently in 2019, she revealed she’s had a very challenging journey with several battles against skin cancer.