‘I nicked it’: Rod Stewart admits he ‘stole’ lyrics and melody for popular song 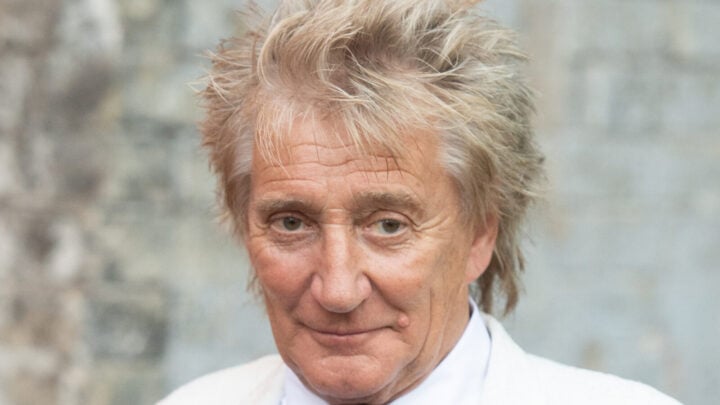 Rod Stewart admits he plagiarised the melody and lyrics of his song 'Do Ya Think I'm Sexy'. Source: Getty

British rockstar Sir Rod Stewart got candid in a recent interview, admitting he “stole” the melody and lyrics for his song Do Ya Think I’m Sexy from a song he heard while attending the Rio carnival.

The singer made his shocking confession in an appearance on Apple Music’s Deep Hidden Meaning podcast with Nile Rodgers when the two were discussing plagiarism in songwriting.

Check out my new episode of #DeepHiddenMeaning with the great @rodstewart Rod and I discuss the stories behind some of his biggest songs.

The 77 year old said the theft was a “subconscious” decision.

“Well, I nicked it from… It wasn’t a conscious nick. I was in Brazil for the festival, and I heard this song and I just, I nicked it,” he said.

“Subconsciously I came back in the studio and started singing it and put words to it about six months later.”

Stewart’s reportedly stolen song ended up becoming a smash hit, sitting at the top of Billboard’s Hot 100 chart in 1979.

The songwriter said he worked out a deal with the original creator, deciding to donate all proceeds from the song.

“I put my hand up and I said, ‘Fair nick, I’m guilty.’ And all the proceeds actually went to UNICEF,” Stewart said.

“The writer of the song agreed.”

Stewart then asked Rodgers if he had ever plagiarised a song himself, to which Rodgers justified the act of stealing intellectual property saying “To me, that’s just songwriting”.

“I believe it was Verdi who said ‘Good composers borrow and great composers steal,” Rodgers said.

Rod interjected: “That’s called plagiarism! It’s plagiarism, no matter which way you look at it.”

In a previous interview with The Mirror, Stewart credited the secret of his songwriting success to alcohol, saying his bosses would create the perfect writing conditions for him.

“They used to have to lock me up with a bottle of wine and take the key and say, ‘Get it finished in the next four or five hours’. That would work,” he said.

“I’d hear them all in the corridor, laughing, at the Holiday Inn: ‘Oh yeah look at Stewart. He is there trying to finish the lyrics’.”

The star has sold more than 250 million records and has won many Grammy and Brit awards since his first hit, Maggie May, in 1971.