‘I don’t believe in fillers’: Jaclyn Smith, 76, recycles her own fat to maintain ageless looks 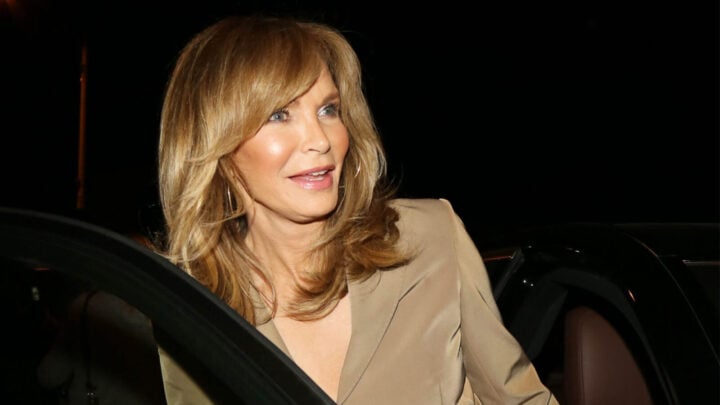 Despite admitting the procedure wasn't easy to conduct, Smith revealed it was her husband who convinced her to stay away from Botox. Source: Getty

Jaclyn Smith has revealed the shocking secret behind her age-defying look, admitting she doesn’t “believe in fillers” but instead opts for recycling her own fat when it comes to facial cosmetic procedures.

In an interview with the Daily Mail on Sunday’s edition of You Magazine, Smith opened up about the “extreme” lengths she goes to when it comes to cosmetics, despite admitting traditional fillers were off the table.

“I don’t believe in fillers and I haven’t done any cutting,” Smith admitted.

“If i put anything in my face, I use my own fat, which is hard to do.”

Despite admitting the procedure wasn’t easy to conduct, Smith revealed it was her husband who convinced her to stay away from Botox.

“I’m afraid of it,” Smith admitted.

“My husband says if you do Botox over and over, it totally collapses the muscle.

“You can overdo it in this town like nobody’s business.

“And when you get done it’s not a good look.”

Despite having lived through three divorces and a devastating breast cancer diagnosis, Smith defies all with her stunningly youthful appearance as she nears 80 years old.

Speaking on her shock diagnosis 20 years ago, Smith admitted the experience had encouraged her to make the most of every day.

“It’s part of my history and it changes you: You need to seize the day,” Smith told the Daily Mail.

“And we need to be more grateful. Maybe we all complain a little too much.”

“I don’t even count those first two marriages,” Smith said.

Smith rose to fame when she played the role of Kelly Garrett in the hit American Television series, Charlie’s Angels, from 1976-1981.

After the TV series’s release, the veteran actress was thrown into a world of fame, fortune, and pleasure – a cocktail of drugs Smith admitted she avoided, citing her family morals.

“Some of it went against my upbringing,” Smith revealed.

“I have never heard a four-letter word growing up. I had never seen a drug.

“I never walked with that crowd. I took a detour. I’ve still never touched drugs.”

Earlier this year, Smith shocked fans when she released a show-stopping selfie on social media, looking at least 20 years her junior.

Despite Smith’s stylish attire, it was the former actress’ hair and complexion that really stood out to fans.