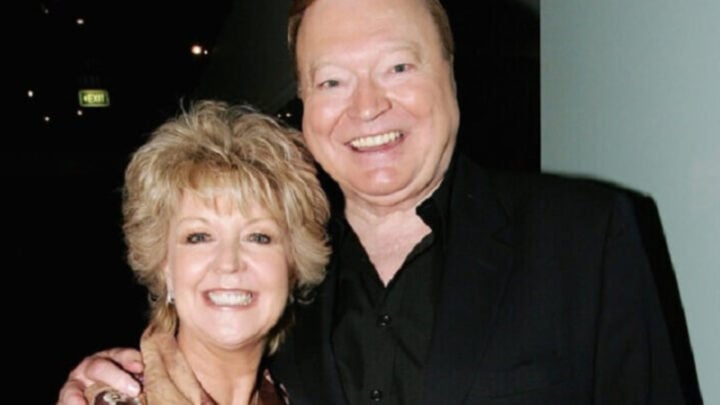 Patti spoke candidly about not knowing if she "was ever going to be a happy person again" following Bert's death. Source: Getty Images.

Patti Newton has opened up about what life is like now without her beloved husband Bert by her side, revealing it was her grandson that helped her navigate her grief.

Bert passed away on October 30, 2021, at age 83 after a long health battle, he was undergoing palliative care at a private clinic in Melbourne when he died. Both the Australian public and the entertainment world mourned the showbiz legend during a state funeral in mid-November last year.

In a recent interview with New Idea, Patti spoke candidly about not knowing if she “was ever going to be a happy person again” following Bert’s death.

“But you know, I am, because I have talked myself into the fact that whatever I do, he’s with me and he’s in my heart and he’s part of me,” she said.

“I don’t ever say our marriage was a perfect one and we didn’t have blues, because we did. We had world wars, but we were good together, and we did have a lot of laughs and a lot of fun through life and made a lot of hard decisions together.

“I think because of that, Bert would want me to still be happy and move on with life. That’s what I think is the best thing to do, and you know what? I think we’ve found a new normal and I feel very lucky.”

Patti always been open in conveying the deep grief she has experienced over the loss of her beloved husband, however, she revealed it was her grandson Monty that helped pull her through her overwhelming sadness.

“When Bert passed, little Monty said, ‘I don’t like sleeping on your own, Nan, I’m going to come and sleep with you,’ and I kept feeling a little hand come across to hold my hand, and he would say, ‘you’re not lonely Nan?’” she recalled.

Patti went on to discuss how her grandchildren “brighten every day”.

“I feel it doesn’t really matter what I do as long as I have the kids and the family around me,” she said.

“It’s all working out, but unfortunately, I’m 77 and I’d rather be 57, so that I could watch them grow and get married and be part of it. But I’m lucky to have them around now as littlies because we have so much fun.”

Born in 1938, Albert Watson Newton quickly discovered his love of entertainment at a young age with his radio debut on 3XY at age 11. He was a full-time announcer at the Melbourne station by the time he was 15. From the early 1960s to the late 1990s he was the face of a number of popular TV shows, including The Late Show, In Melbourne Tonight, The Don Lane Show, New Faces, Ford Superquiz, The Bert Newton Show, and Tonight with Bert Newton.