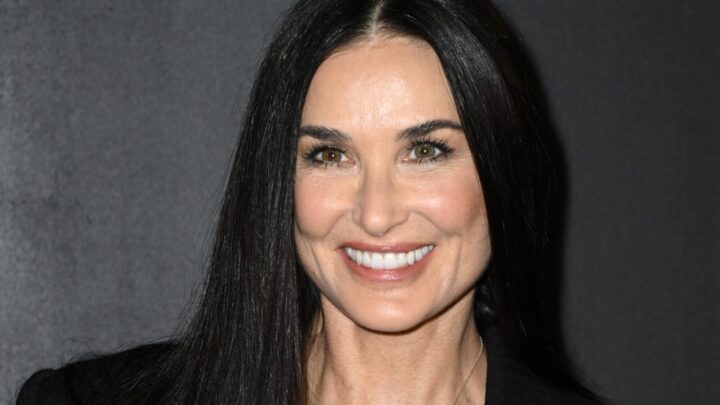 Demi Moore looks as youthful as ever as she celebrates her 60th birthday. Source: Getty

Hollywood actress Demi Moore has celebrated a milestone birthday, turning 60 this week, but you wouldn’t believe it just by looking at her.

To celebrate the landmark occasion, the actress took to the sky and partied with family and friends onboard a private jet.

Moore’s youngest daughter, Tallulah, 28, took to social media to share some snaps of her mum lounging on one of the seats of the luxury flight and cuddling her tiny pooches.

“Happy 60th to my favorite medical anomaly !! Whatever hill you’re over, show me where to begin the climb” Tallulah captioned the photos.

There is arguably no one who has aged as gracefully as Moore.

With her signature long, dark, toned physic, and wrinkle-free skin, she looks as though she’s found the fountain of youth and her fans seem to be thinking the same thing, as many were left questioning how the Ghost star maintained her youthful appearance.

“Does she age? I don’t think she ages. Check the attic for paintings,” one user commented.

“She definitely looks about 40! Wow!” said another.

Earlier this year the Golden Globe nominee opened up about wanting to challenge the idea “that women become less desirable” as they get older.

“Not being defined by a number and instead being defined by my experience. You hit 59 and you’re already thinking, ‘Well, I’m going to be 60.’ It feels very liberating,” she told People magazine.

“When I think of my grandmother at 60, she in a way seemed to be already resigned to being old. But I feel, in so many ways, more alive and present than ever.”

Proving she’s committed to breaking down society’s often ageist perceptions of what a woman of a certain age should wear, the Ghost actress has launched her own swimwear line which she herself models.

“It’s changing this idea that women become less desirable as we get older,” she explained.

“We don’t want to look matronly or not feel sexy.”

Moore has always been open about ageing, telling W Magazine in 2019 that she’s grown to accept her changing looks.

“The biggest difference, I think, is that I’m not in nearly as good shape physically as I have been before, and I have skin going in a direction that I would prefer it not go,” she said at the time.

“There are things that just come with getting older. But I think my big mantra for this year is about acceptance.”

The actress also delighted fans by revealing the secrets to her youthful-looking complexion, citing that “less is more” and that “beauty starts on the inside”.

“I think my biggest thing is really that less is more, as it’s much easier to keep a routine going if we keep it simple, so it’s doable,” Moore said.