‘I was in hospital for weeks’: Chevy Chase reveals secret health battle 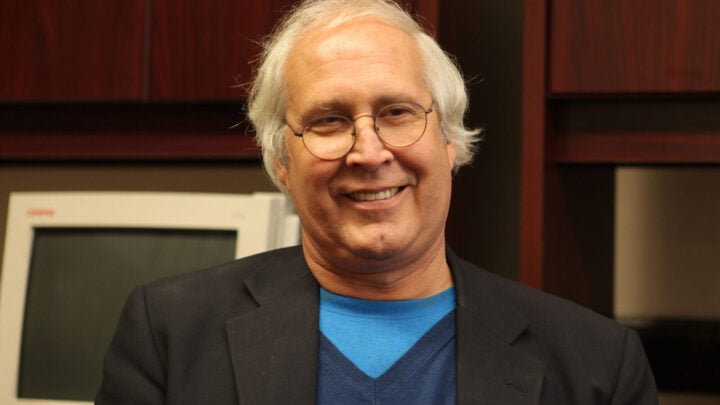 American comedy genius Chevy Chase, best known for his role as the dim-but-harmless Clark Griswold in the five National Lampoon’s Vacation films, has opened up about a secret health battle that led to a five-week stay in hospital.

Speaking to Page Six on Monday, the 77-year-old said he was recently hospitalised for “a heart issue”. Chase went on to say that he’s feeling a lot better now, however, and is recuperating at his home in Westchester, New York, with family.

“These are my first few days home,” he told the publication. “I can only say how happy I am to now be back with my family. I’m feeling good. I was in the hospital five weeks. A heart issue. So, for now, I’m around the house. Not going anywhere.”

The actor went on to say that it may be some time before he’s back up to full speed, however he’s in no rush to return to work anytime soon. It’s not clear how serious the star’s condition is.

The comedian went on to detail how he’s been passing his time at home, before taking a dig at television today. “I read,” he said. “Turn on TV. Watch the news. All dreck. I see actors, comedians, producers, screenwriters working and, God bless them, but I don’t see anything great on television. The humour today is giving the next generation worse stuff than they already have in their own lives. It drives me nuts.”

Most of us will remember Chase as the heart-throb of the 1970s. He starred in Foul Play in 1978 and Caddyshack in 1980, plus dozens of other popular films, such as the comedy Three Amigos! in 1986. In fact, he was one of the highest paid actors of the 1980s, thanks largely to the many National Lampoon movies. Chase also appeared in the first season of Saturday Night Live in 1975, and was a regular on the popular sitcom Community, from 2009 to 2013.

Are you a Chevy Chase fan? What's your favourite film of his?