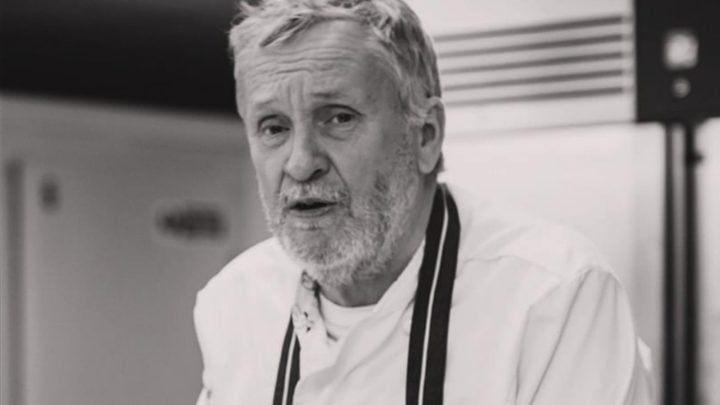 A British chef has delivered a damning assessment of Australia’s food scene, claiming the country is “smug” about it’s local produce which he claimed was often “at best British supermarket standard”.

Writing a brutal first-person piece for food and drink magazine Noble Rot, which he’s since shared on his own website, top chef Alastair Little claimed Aussies have an “overweening and completely unjustified sense of smugness” about their local cuisine. He also claimed, despite moving Down Under, he believes Sydney’s top restaurant are 20 years behind London’s.

Little has run the kitchen in two of the city’s restaurants since his relocation with his wife Sharon last year, but said he’s noticed in those months that Australia has virtually no game meat, few wild mushrooms, “no bacon worth eating” and no flat fish apart from “flaccid flounders and farmed turbot”. He even claimed Australia’s salami, and fruit and vegetables are “at best British supermarket standard”.

“Australians seem to live on beef, oysters, Thai prawn takeaways and Brussel sprouts, all accompanied by enormous piles of splendid-looking but sadly bland salads,” he wrote. Despite this, he claimed there is still an “overweening and completely unjustified sense of smugness”.

Little, who is a renowned chef in England and made a name for himself in his popular restaurant in Soho’s Frith Street, admitted he was aware however that his opinion would be “unbalanced” and conceded that some basic foods such as milk, cheese, eggs, meat and shellfish in Australia are “of an equal, or more often better quality than their equivalents in the UK”.

He decided to give the startling first-person assessment ti the magazine after growing tired of “pom bashing” in the local media, which also included a claim that British cooking was “barely out of the dark ages”.

“This is complete bollocks,” he added. “London is 20 years ahead of Sydney in the maturity of its food; everything here, with the exception of Aboriginal ‘tucker’, originated somewhere else and a great deal of this innovation has come from the British capital.” He added: “Here and now in Sydney the availability of truly top-quality fruit, vegetables, poultry and seafood isn’t even comparable to what I had in my Frith Street restaurant in 1985.”

“You could say the same thing about England, where every second shop has curries or fish and chips,” he told the news outlet. He added that a lot of Aussie food is “Asian-inspired” and went on: “We grow an amazing quality of Asians greens because of our subtropical climate, whereas European fruits and vegetables, which grow better in colder climates, struggle quite a bit.”

Little champions himself on his website as a “leading figure in the UK for developing the movement away from old fashioned French haute cuisine in favour of food based on simplicity, seasonality and taste”. A description about the chef adds: “He has constantly been a champion of proper food – be it in his Michelin star days in restaurants from the 70s to the noughties, his deli Tavola for the last 15 years or here and now in the home delivery market.”

He has previously been described as “the Godfather of modern British cookery”. He also previously launched a UK business delivering his fresh soups, pasta sauces and mains to people’s door, called by Alastair Little.

Do you agree with the chef's comments? Or do you think they're unfair?