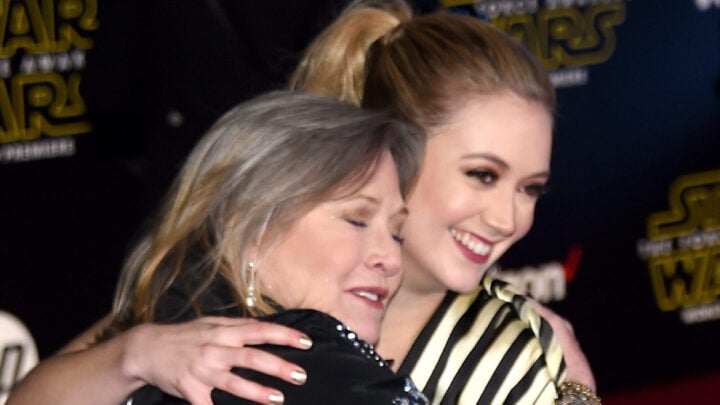 Billie Lourd, the daughter of late Star Wars icon Carrie Fisher, has welcomed her first child with fiance Austen Rydell. The 28-year-old did not announce her pregnancy publicly, however she announced on Thursday evening (US time) that she had given birth to a healthy baby boy.

And Lourd, who has followed in her mother’s footsteps to become an actor, chose to pay tribute to her late mum by including a nod to Fisher in her son’s moniker. The baby boy has been named Kingston, while his middle name is ‘Fisher’ in honour of his maternal grandmother.

Many people wished the couple well, including Fisher’s former co-star Mark Hamill who said: “Congratulations to #BillieLourd & #AustenRydell on the arrival of their firstborn child: Kingston Fisher Lord Rydell!!! I can’t think of another baby with both ‘KING’ AND ‘LORD’ in their name. Nice.”

The birth announcement was the first photo Billie had shared on social media since Mother’s Day, when she penned a poignant note to anyone who has lost their mother. Lourd paid tribute to Fisher in May as she marked the fourth Mother’s Day since her mother’s death in December 2016. Carrie, who earned worldwide fame as Princess Leia in the Star Wars franchise, died at the age of 60 after suffering a heart attack.

“Sending my love to anyone who has lost a mother and anyone who might just be having a complicated Mother’s Day this year,” Billie wrote.

“This is my 4th Mother’s Day without my Momby and days like today are never easy, but I’ve found that doing things that make me feel more connected to her make it a little easier – watching her favorite movies, listening to music we listened to together, looking through old pictures and my personal favorite – eating + drinking things she loved.”

The Scream Queens star, who has also appeared in the Star Wars franchise, went on to reveal how she planned to celebrate the difficult day. She added: “Today I’m going to watch Postcards from The Edge, listen to Tom Petty + Dire Straits, have a fried mozzarella from La Scala and have a couple Coca-Colas with an aggressive amount of ice.

Do you have any children or grandchildren?